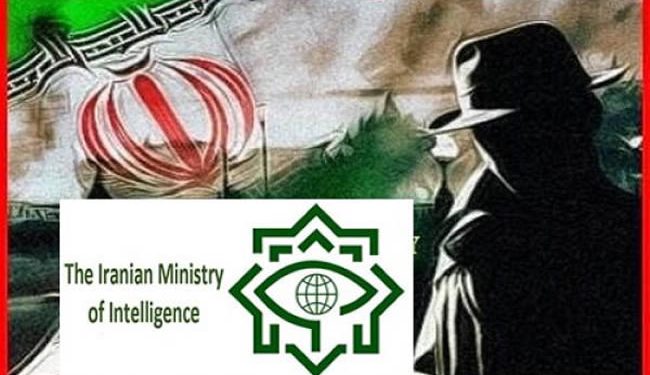 Tehran’s government after all of its repressive measures, including execution, torture & murder attacks against its opposition MeK during past 40 years and its defeat to eliminate it has resorted to massive demonization campaign against them.

One of the most important apparatuses for demonization project against MeK is deployment of so called MeK former members.

In this regard, the recent example is Alireza Naghashzade who introduces himself as a MeK former member. He travelled by an Austrian passport under the name of Erwin Aram. On 23 October 2019 Albanian police announced that it succeed to detect and thwart a terror attack against MeK in Albanian with the involvement of  Alireza Naghashzade.

Some of these agents such as Alireza Naghashzade used to be in Camp Ashraf Iraq, and were expelled from MeK for various reasons, notably security reasons.

After returning to Iran, they had been employed and trained by regime’s intelligence service and dispatched to the European countries for demonization project against MeK.

Now, the question is how they should succeed to leave the country and reside in Europe?

Surely, for being able to stay on the European soil, they have to fabricate stories for the European border authorities that they have fled the country and to pretend that they are threatened by the Iranian regime if they go back Iran.

Ridiculous and fabricated scenarios  spelled by the MOIS agents, under the guise of former MeK members

However, the most artistic and fake scenario  belongs to Davood Baghervand. He was called to Iran for essential intelligence training courses in March 2004. Finally, after an eight year collaboration period, MOIS decided to deploy him abroad to join the MOIS  agents’ network in EU countries. Therefore, he need a new scenario for whitewashing his services to the MOIS in Iran.

Davood Baghervand an agent of The Iranian Ministry of Intelligence (MOIS)

He narrated his fabricated scenario as below:

In order to justify their presence in E.U. countries morally and legally, all of them claim falsely that Iranian authorities threatened their lives so they had to leave the country. However, they are never able to explain if their lives were under threat by the regime in Iran, why as soon as they get to Europe and ask for refugee or citizenship statues, they become vocal against MeK and fabricate lies against the main opposition of the Iranian regime.

Mourning at Soleimani’s funeral was staged. Iranians are not rallying behind the regime ǀ View