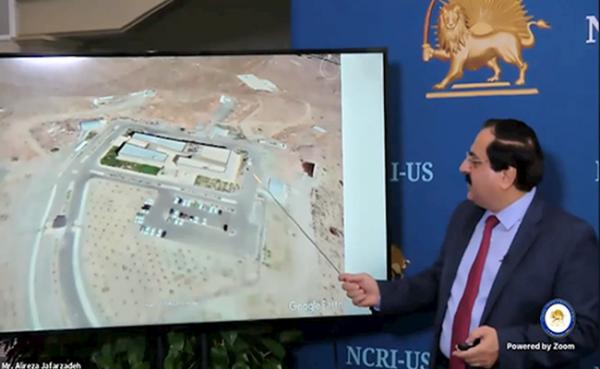 Washington, D.C., October 16, 2020—In a press conference held on Friday, the National Council of Resistance of Iran (NCRI) revealed new details about two sites used by the regime of Iran to further pursue its nuclear bomb-making activities. The information, which includes details about two sites operated by the Revolutionary Guards, show that the regime has never ceased its nuclear weapons program.

Soona Samsami, the director of the NCRI U.S. office, stressed that the Iranian regime has taken advantage of nuclear negotiations and the Iran nuclear deal, formally known as the Joint Comprehensive Plan of Action (JCPOA), to covertly continue its nuclear weapons building.

“The appeasement policy of west allowed the regime to accelerate its drive to obtain nuclear weapons while negotiating with world powers,” Samsami said in her opening remarks. “Obtaining nuclear weapons is part and parcel to the mullahs’ strategy for survival.”

Samsami added that after the November 2019 uprising, the balance of power has tipped in favor of the people, the mullahs need more than ever to obtain the nuclear bomb. “It is naïve to think the mullahs will change their behavior with appeasement and concessions,” she said. “The ultimate solution to Iran’s threat is regime change by the people of Iran and their resistance movement.”

“SPND has continued its work following the JCPOA. The structure and the personnel of SPND remain intact and part of the institution has been expanded,” Alireza Jaffarzadeh, the deputy director of the NCRI U.S. Office said at the briefing. He also added that Brig. Gen. Mohsen Fakhrizadeh Mahabadi continues to remain the head of this organ. Fakhrizadeh identity and role was first exposed by the Iranian resistance a few years ago.

In documents presented at the conference, Jaffarzadeh revealed a new site operated by SPND, which is located in Sorkh-e Hesar, near Tehran. The site, which had been unknown until today, is located north of the Khojir complex, the largest complex manufacturing ballistic missiles for the Hemmat Missile Industry and Bakeri Missile Industry.

In the conference, the NCRI revealed the pictures that showed the gradual construction of the site throughout the decade.

“Around 2017, some sections of various groups of SPND, including the geophysics, known at the Chamran Group gradually moved in, as the construction of other sections of the site were later completed. By transferring parts of SPND, the area around the activities of its different sections has expanded. Moreover, by being located in a military area, it has found an appropriate cover to keep commutes by, and the identities of, the personnel working there a secret,” Jaffarzadeh said.

According to the information of the Iranian Resistance, the head of the geophysics group is Dr. Mohammad Javad Zaker, who is also a lecturer at the Beheshti University and has a deputy named Hamed Aber.

“Geophysics group of the SPND works on projects related to underground nuclear tests such as discovery of underground tunnel and registration of the impact of explosion with seismometer devices,” Jaffarzadeh said in his remarks.

The original location of the geophysics group was in the Lavizan complex exposed by the Iranian Resistance in May 2003. The regime was forced to completely raze the site and transfer some of the equipment and activities to the Mojdeh site.

“All those activities have now been transferred to the Sorkheh Hesar site,” Jafarzadeh said.

The second SPND site presented by the Iranian opposition is called the Marivan Site and is located near the town of Abadeh, Isfahan province. Called the. The site was first reported by the NCRI in 2017. It was built under the supervision of Ali Shamkhani, who is now the Secretary General of the Supreme National Security Council and previously served as the defense minister under regime president Mohammad Khatami.

“What we have found out is that this site and the area surrounding it is completely controlled by the IRGC. Locals are not allowed in the area,” Jaffarzadeh said.

This site is linked with the activities of the “Center for Research and Expansion of Technologies on Explosions and Impact (METFAZ),” a SPND subsidiary involved in the building of nuclear weapons. An IRGC engineer named Hashemi Tabar is overseeing the secret projects being carried out at this site.

“A key METFAZ expert, Saeid Borji, was involved in the projects carried out at the Marivan site,” Jaffarzadeh said.

Borji’s name was first revealed by the Iranian Resistance in February 2008 and September 2009. According to SPND’s internal reporting, Borji and two other SPND experts, Khodad Meihami and Hossein Ghafouri, worked on a projected related to METFAZ in 2011. The location of the project in SPND’s internal reports is named Ahmad-Abad.

“In view of new documents about nuclear activities of the regime, Ahamd-Abad is most likely the Abadeh site,” Jaffarzadeh said.

Jaffarzadeh also added that after the IRGC became aware that this site had been revealed, it suddenly destroyed all the facilities on the location in July 2019, because those facilities could have proven tests related to nuclear weapons.

“The regime continues to cheat. The questions about the possible military dimensions of its program were not answered,” Jaffarzadeh said. “The regime never abandoned their nuclear weapons program and continued work on it.” 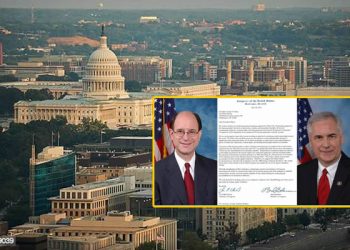