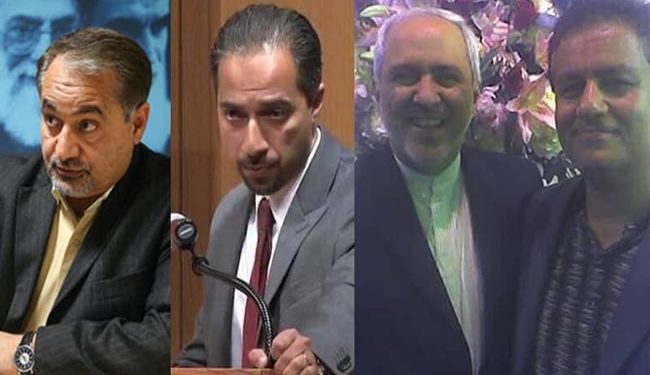 On Tuesday, a so-called political scientist by the name of Kaveh Lotfolah Afrasiabi made his first appearance before a US federal court after being outed as a long-time agent of the Iranian regime. Since 2007, Afrasiabi had been quietly receiving payment from Iran’s Permanent Mission to the United States, in blatant violation of the Foreign Agents Registration Act. His charging documents indicate that he ultimately received at least 265,000 dollars in exchange for activities that conveyed the Iranian regime’s talking points to media outlets, members of Congress, and the general public.

His story is not unique, and many serious critics of the regime have already seized upon it as a case study in the overall phenomenon of covert Iranian influence. In so doing, they have pointed out that while Afrasiabi, a 35-year resident of the United States, may not have been an obvious subject for scrutiny by law enforcement, the same cannot be said of other apparent members of the Iranian influence network. For many of those who have been targeted by that network, including Iranian expatriates advocating for domestic overthrow of Iran’s theocratic dictatorship, Afrasiabi’s arrest represents an opportunity to expose these other individuals and uproot the destructive propaganda they have sown into Western political discourse.

The relevant content of allegations against the MEK and the Iranian resistance can be traced back to the Iranian Ministry of Intelligence and Security. And quite frequently, it can be found to have been conveyed through a familiar handful of pro-Iran lobbyists and supposed academics whose work is all but indistinguishable from Afrasiabi’s.

Chief among these is Trita Parsi, the founder of the National Iranian-American Council  (NIAC) whose activities outside of writing and media interviews include arranging meetings between members of Congress and Iranian officials like the current Foreign Minister Javad Zarif. After those activities were revealed as part of discovery in a 2008 defamation lawsuit that Parsi himself filed in US court, former FBI associate deputy director Oliver Revell was quoted as saying that anyone who arranged such meetings would be required by law to register as an agent of the relevant foreign power.

Not only has such registration never been formally required of Parsi, but he has been permitted to continue his work with little noticeable scrutiny from American policymakers or journalists. Consequently, the number of articles on the NIAC website specifically targeting the MEK has grown to more than 80, and virtually identical articles have been pitched, sometimes successfully, to Western news outlets.

Unfortunately, the further details of Iran’s Western influence operations raise serious questions about how quickly Western policymakers and media figures might work in countering the effects of those operations. Parsi’s obviously close and long-standing relationships with Iranian government officials should have made him an obvious target of scrutiny. But those relationships are not even the clearest warning sign that certain Americans have been willing to overlook. The pro-Iran lobby, which operates so openly throughout the US and Europe, even includes individuals who were once prominent figures in the Iranian regime and who still refuse to speak ill of its leading figures.

This description applies, for instance, to Seyed Hossein Mousavian, a Princeton “scholar” and former member of Iran’s National Security Council who was described in 2015 as “Iran’s chief lobbyist” by the Iranian American Forum. At that time, when the US and five other world powers were working toward a landmark nuclear deal with the Iranian regime, Mousavian told Germany’s Die Welt that Iran already possessed the capability to make a nuclear bomb. The evident purpose of his remarks was to present the West with an ultimatum: either agree quickly to a deal or witness the rise of a nuclear Iran.

The threatening nature of his commentary was very much in keeping with Mousavian’s background, particularly his prior connections to Iranian terrorism during a period when it was especially prevalent in Europe. From 1990 until 1997, Mousavian served as the Iranian ambassador to Germany, putting him at the head of a diplomatic institution that is generally understood to have been the central node in a terrorist network that spanned the continent and was responsible for the assassination of many Iranian dissidents.

It is truly astonishing how little needed to change between then and now for Mousavian to be granted a position at Princeton and countless bylines in Western media outlets, where he is welcomed to comment on Iranian affairs as a supposedly independent expert on foreign relations. In 2009, following the popular protests and a personal falling out with government officials associated with then-President Mahmoud Ahmadinejad, Mousavian fled Iran for America. There, he found longtime champions of a “moderate” faction within the Iranian regime who were all too willing to accept him as a convert to democratic thinking.

In reality, Mousavian’s writings have never reflected such a conversion. His flight from the Ahmadinejad government did not constitute a repudiation of the underlying theocratic system, and he continues to defend the clerical supreme leader, Ali Khamenei, while downplaying any culpability the regime’s ultimate authority might have for crises that plague the regime.

Naturally, his persistent loyalty is also reflected in recurring efforts to poison the well whenever Western attention might turn toward Iran’s organized, democratic Resistance, as led by the MEK and the NCRI. Unless they are seriously confronted by American and European authorities, those efforts are sure to grow more frequent and intense in the near future. And Mousavian is sure to be joined by Parsi, NIAC, and any number of other members of the Iranian influence network. This is because Tehran has been facing an existential threat since the end of 2017 in the form of nationwide protests that are led by the MEK and defined by explicit endorsements of regime change.

Unfortunately, the appeasement policy of the West has opened the path for Iran’s lobby and as long as Iranian propaganda remains in circulation among Western media outlets, they will continue to paint a rosy picture of the regime and its grave violation of Human rights at home, and its terrorist activities abroad. 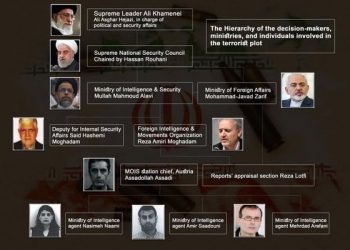 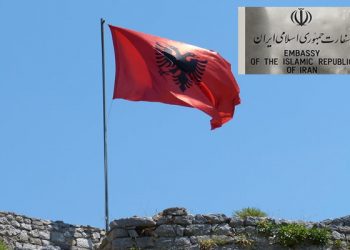 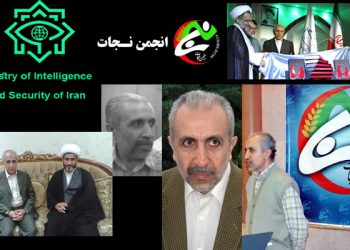