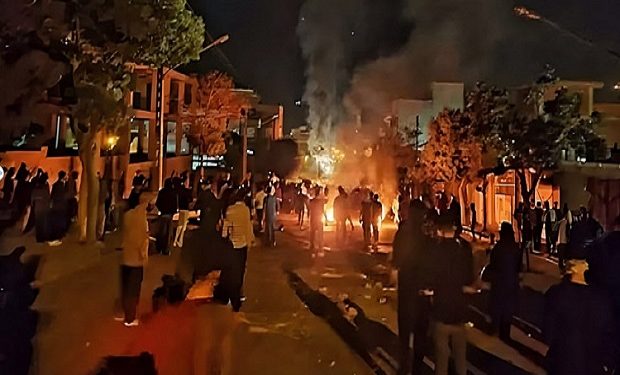 According to latest reports protesters in at least 214 cities throughout Iran’s 31 provinces have taken to the streets for 52 days now seeking to overthrow the mullahs’ regime. Over 530 have been killed by regime security forces and at least 25,000 arrested, via sources affiliated to the Iranian opposition PMOI/MEK.

Iran’s nationwide uprising is marking its 52nd day on Sunday, following a day of continuous protests by college students in numerous cities. These protests are relentless despite the fact that authorities are taking more measures to impose stricter campus rules and regulations and seeking to create a climate of fear in the country’s universities to prevent the students from launching more anti-regime protests.

Updates from the city of Marivan indicate authorities have dispatched a large number of security forces to quell the protests. Signs indicate these units even attacked a local school full of minors. Protesters are standing their ground by establishing roadblocks and taking control of their cities. Many activists are reporting that members of the regime’s Islamic Revolutionary Guards Corps (IRGC) and other security units are using AK-47 assault rifles and shotgun pellet rounds when opening fire and targeting protesters and bystanders.

Iranian opposition NCRI President-elect Maryam Rajavi praised the Iranian people’s brave protests and the ongoing anti-regime uprising. “From Tehran to Sanandaj, Kermanshah, Mashhad, Gilan, etc., brave university students are tirelessly determined to exhaust the enemy. These young men and women struggle for a democratic Iran and against repression and dictatorship with chants of ‘Death to Khamenei’,” she said.