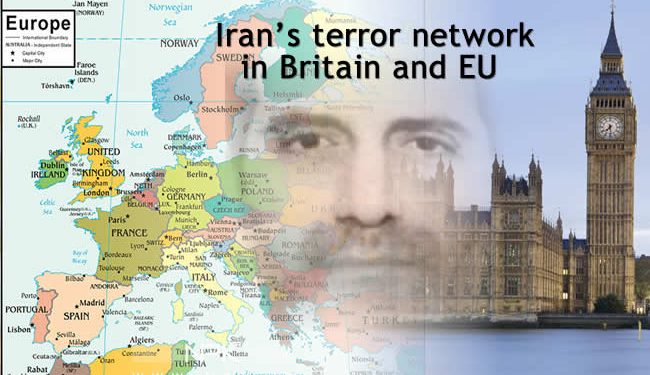 With the US and Iran now embarking on ‘indirect talks’ in Vienna, the international community is intently focused on efforts to curb Tehran’s prospective acquisition of nuclear weapons. But another aspect of its malign conduct is posing a more immediate threat: Its state-sponsored terrorism, which has reached European soil.

The most frequently recurring examples of Iranian terrorism come from open conflict zones like Syria, Yemen and Iraq. Meanwhile, Tehran’s longstanding terrorist proxy, Hezbollah, operates more or less freely in Lebanon.  Looking back on the 1980s and 90s, Hezbollah also stands out as an example of how Iran-backed terrorism has reached as far as the Western hemisphere through attacks like the 1994 bombing of the Argentine-Israeli Mutual Association building.

In Europe, the regime has conducted many assassinations through its Ministry of Intelligence and Security (MOIS). But these agents have escaped accountability from Western authorities. This was less a testament to the organizational skill of Iran’s terrorist networks than a sign of European governments’ frequent preference for appeasing the Iranian regime rather than risking open confrontation and sacrificing access to Iranian oil and trade.

In 1990, Kazem Rajavi, the representative to the United Nations for the democratic opposition National Council of Resistance of Iran, was ambushed and killed by Iranian gunmen near his home in Geneva. Thirteen individuals fled to Iran immediately afterward. Roughly two years later, a pair of those operatives were apprehended in France when it was determined that they were planning another attack that would have taken place in Germany. In spite of all this, the arrestees were soon escorted to the airport so they could return to Iran without punishment.

To this day, no one has been held accountable for that killing. The lack of resolution for the Rajavi case is tragically commonplace among instances of assassination, terrorist attack, and domestic human rights abuses by Iranian officials and their agents. And that fact has apparently emboldened the regime in its pursuit of similar malign activities right up to the present day.

Europe has witnessed a major uptick in Iranian terrorism on its soil using more deadly weaponry. So far as Britain is concerned, it may have left the European Union, but it has not left the enmity of Tehran.

In June 2018, hundreds of lawmakers, scholars, and security experts from across Europe, the United States, and much of the world came together for an annual rally and conference organized by the NCRI, alongside tens of thousands of Iranians. Multiple European law enforcement bodies cooperated in thwarting a plot to bomb the venue at Villepinte, France.

The counterterrorism operation led to the arrest of an Iranian-Belgian couple that was tasked with planting the bomb, another Iranian-Belgian who had separately infiltrated the event, and a high-ranking diplomat working out of the Iranian embassy in Vienna. That diplomat, Assadollah Assadi was identified as the plot’s mastermind and was the principal defendant in a court case that concluded on February 4 with four guilty verdicts and sentences ranging from 15 to 20 years, with Assadi receiving the maximum.

As a result of relentless two and a half years’ investigation by several European law enforcement agencies including Belgium, France, Germany, and the Netherlands , it was established that Assadi had personally brought the explosive TATP, the favorite explosive material of the Islamic State, on a commercial flight from Tehran to Vienna on June 22, 2018, using a diplomatic pouch. He personally handed the explosive and the detonator to the bombers in a Pizza Hut in Luxemburg on June 28. They also established that Assadi was acting on behest of the Iranian regime.

In the past few years, at least five Iranian diplomats have been expelled from France, the Netherlands, and Albania for their complicity in terrorist or other non-desirable activities.  Assadi’s three co-conspirators were regime sleeper cells in Europe. They had worked for the MOIS for years, in particular against Iran’s main resistance movement, the People’s Mojahedin Organization of Iran, also known as the Mujahedin-e Khalq (MEK). The question is how many more MOIS sleeper cells are still operating in Europe or the US?

Assadi’s arrest yielded information not just about the 2018 terror plot but also about a large-scale network that Assadi had cultivated and maintained in the years leading up to it. German authorities found two notebooks in Assadi’s car a red one and a green one. The Green one was like a leger, containing 289 locations in at least 11 countries that he had visited.  German Police also found receipt of Assadi’s cash payments to various operatives for services as-yet unknown.

This past month, information has uncovered additional intelligence on the MOIS operations in Europe. A former MEK member who was residing in Albania, had defected from the MEK and was quickly recruited by the MOIS in 2016 publicly expressed regret over his own collaboration with the MOIS. (The MEK relocated thousands of its members from the Iranian regime’s harm way in Iraq to Albania in 2016).

In a letter to UN Secretary General Antonio Guterres, the former MEK member, Hadi Sani-Kani, explained how an MOIS officer similar to Assadi, in the Iranian Embassy in Albania, was constantly directing him. He elaborated in details how he was only one of many individuals recruited in Europe to monitor the opposition, collect intelligence for possible terror operations, and to facilitate the spread of disinformation about the opposition. He said he was “prepared to testify before any court or impartial authority and provide them with the details as well as sufficient evidence and documents.”

As a former counterterrorism agent, I have to applaud the relentless efforts of European law enforcement and security agencies and their meticulous cooperation in thwarting Tehran’s major plot using its diplomats in 2018.