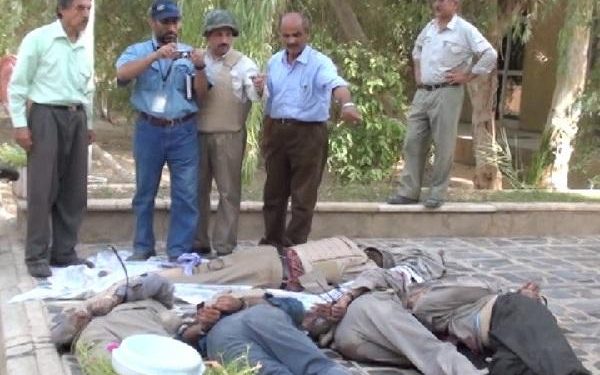 UN staff Amer Al-Kaissy, holding camera, is observing bodies of the PMOI / MEK members, massacred in Camp Ashraf, Iraq on 1 September 2013. He was the first outside observer who visited the camp on the day of the massacre and bravely reported the killings to the world.

The United Nations Assistance Mission for Iraq (UNAMI) condemns in the strongest terms the killing of one of its staff members, who was abducted in April 2015 and whose death was verified only on Monday. The Mission calls on the Iraqi authorities to conduct a thorough and transparent investigation and bring the perpetrators to justice.

Amer al-Kaissy, an Iraqi national who serves as UNAMI’s representative in Diyala, was abducted outside the Governorate building in the City of Baqubah on 26 April 2015. He is suspected to have been abducted by militias active in the area. The United Nations requested Iraqi officials at all levels to locate him and ensure his safety, and the request was reiterated by the Secretary-General in multiple reports to the Security Council since then.
An unidentified body was found near Baqubah on 14 November 2015 bearing signs of execution by a gunshot, and was subsequently buried by local officials on 15 January 2016. However, local authorities failed to identify the body. On 15 February 2016, friends of the staff member verified from photographs that the body had belonged to Mr. al-Kaissy and informed UNAMI.
“This is tragic news, for Amer’s family and for UNAMI and the UN family at large. His murder is a brutal and cowardly crime. We mourn his loss and salute his dedication,” Special Representative of the UN Secretary-General for Iraq Ján Kubiš said after the Mission received confirmation of Al-Kaissy’s death. “I express my personal and the Mission’s deepest condolences to his widow, three children and the larger Al-Kaissy family. His murder is a loss for all of us.”
The Special Representative expressed deep disappointment at the lack of progress in the case and the unfortunate outcome.
“For more than nine months we have sought the intervention of the Government on the local and national levels to ensure his safe return to his family. We have expressed serious concern about the lack of progress in identifying his whereabouts and achieving his safe release. I am deeply disappointed that our efforts and appeals went unanswered.”
Mr. Kubiš called for a thorough and transparent investigation into the abduction and murder, and emphasized the need for the authorities to hold to account those responsible for this heinous crime.
UNAMI reminds the Government of Iraq that national authorities bear the primary responsibility to safeguard UN personnel serving in the country. The failure to safeguard UN personnel and assets could have an impact on UN operations in the country. 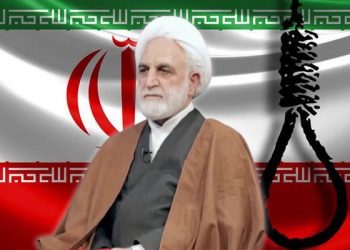 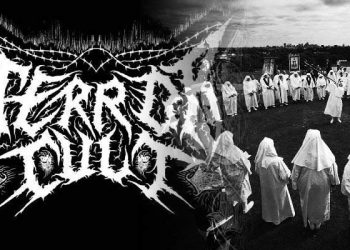