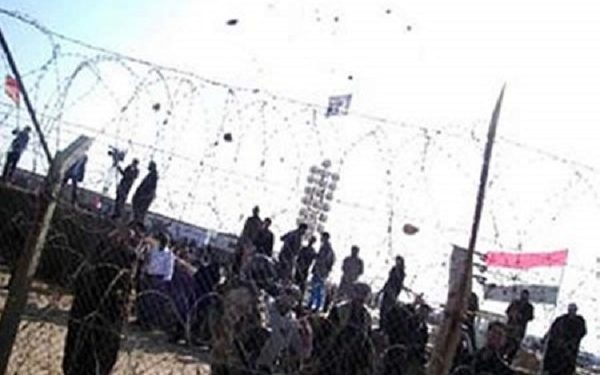 On January 7, 2011, the Iraqi government transferred thugs and proxies of the Iranian regime behind fences of Ashraf to harass and disturb the residents. They, while being protected by the Iraqi Army, attacked the residents at the southern wing of the camp, hurling Molotov cocktails, stones, bottles and sharp-edged objects at Ashraf residents, injuring 176 residents, 90 of whom were women. When the injured referred to the “New Iraq Hospital” under control of Iraqi authorities inside Ashraf, the hospital director resorted to threats, terrifying the patients using weapons, and various offences to force them- especially the women – out of the hospital.