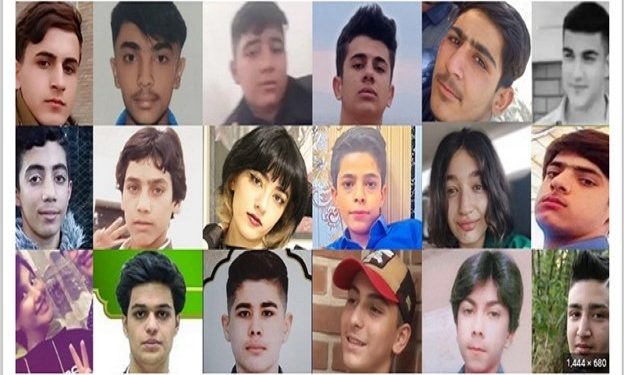 At least 50 children have been killed, so far, in Iran’s anti-government protests, (up Until writing of this report). It may occur to our minds that these children were accidentally targeted while accompanying their protesting parents. Nevertheless, evidence and reports, including that of Amnesty International, show that alike adults, children too are chosen and targeted by security forces.

Iran’s Supreme leader, Ali Khamenei, in a speech reported by the official news agency IRNA, called the protesters “agents of the West” and said, “they should be punished accordingly”. Reports by Amnesty International reveal that the instruction of the country’s highest military command is to “severely confront” protesters who take to the streets. The report goes on as to say,” the description of injuries on the death or burial certificates… show that the deaths occurred as a result of gunshots to the head or torso – indicating that the security forces were shooting to kill.”
The list below contains just a few names of children killed by Iran’s security forces in the past few weeks:
Javad Pousheh, aged 11, shot in the back of his head with live ammunition.
Amir Mehdi Farrokhipour, aged 17, died from gunshot wounds in his chest
Nika Shakarami. Aged 16, and Sarina Esmailzadeh, also 16, were killed after security forces fatally beat them on their heads.
Some of those killed were shot by live ammunition, some died after being shot with metal pellets at close range. While some others died after fatal beatings by security forces. Esra Panahi from the northwestern city of Ardabil, was beaten to death by plainclothes police after she and other classmates shouted “death to the dictator”
Nima Nouri, a teenager from Karaj, was killed by the direct fire of regime forces.

14-year-old boy Mohammad Reza Sarvari , of Shahr-e Rey, Tehran province. His burial certificate, put online. read cause of death as “bleeding and shattered brain tissue” caused by “being hit with a fast-moving projectile”.
And a 17-year-old girl, Setareh Tajik.
It is also said that a 7-year-old boy died in his mother’s arms after security forces fired into a crowd of protesters

Apart from those killed،, many Protesting children have also been arrested even inside classrooms.

The exact number of slain children cannot be known, as the injured may stay away from hospitals for fear of being arrested. Some families say they have been forced to sign fake death certificates to regain their children’s bodies,

Suppression of families
Security forces fired both metal pellets and live ammunition at ۱17 year old Amir Mehdi Farrokhipour, in Tehran on 28 September. He died from gunshot wounds in his chest, while intelligence officials forced his father to record a video statement stating that his son died during a car accident. They threatened to kill or otherwise harm his daughters if he refused.

UNICEF Executive Director Catherine Russell made the following statement “We are extremely concerned by continuing reports of children and adolescents being killed, injured and detained amid the ongoing public unrest in Iran. Our thoughts are with the families of those who have been killed and injured, and we share their grief.
“We echo the Secretary-General’s call to the authorities to ‘refrain from using unnecessary or disproportionate force.’ Children and adolescents must be able to exercise their rights in a safe and peaceful manner at all times.”
Although AI, UN and other rights groups have warned against Iranian government’s brutality against children, that is not enough.Iran’s security force keep shooting at crowds, including juveniles. there is a need for an immediate practical action to save lives. 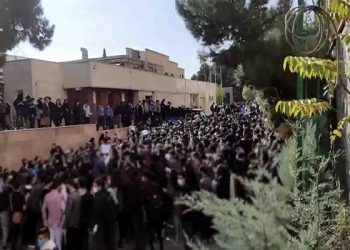