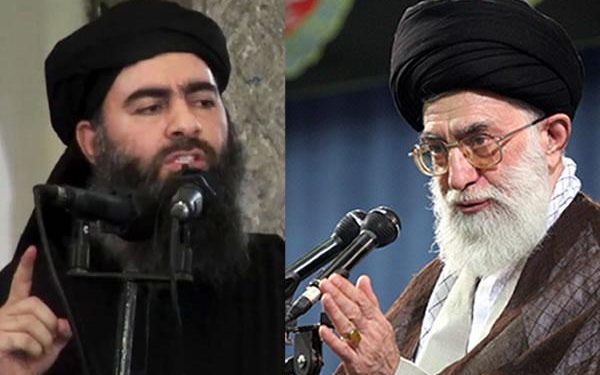 An opposition Kurdish-Iranian commander revealed details on the Iranian administration backing terrorist organizations in the region, namely ISIS. Iranian forces have been training ISIS militants on national grounds first then deploying them to ISIS-held territories in Iraq, Syria, Libya and Egypt.

ISIS has been receiving artillery support from Iran, which is being delivered either by airdrop or by land.

Moreover, the commander uncovered details on the Fallujah campaign advance in Iraq that was only made possible after Iranian forces negotiated an agreement with the self-declared caliphate to make way for Iraqi and Iranian forces to enter.

The commander of the military wing of the Kurdistan Freedom Party (PAK) in Iran, Hossein Yazdan Banna, speaking to Asharq Al-Awsat, warned that Iran will be cooking up news on ISIS attempting to stage terrorist attacks in Iran as to paint itself a victim’s image, deceiving the public’s opinion.

Banna added that the allegedly ISIS terrorists arrested by Iranian authorities are merely innocent citizens who have nothing to do with any terrorist group whatsoever.

PAK commander Banna added that those detained have been arrested for their affiliation to the Kurdistan Freedom Falcons, a PAK branch. Over the past period, the Falcons were able to stage many attacks against IRGC camps used to train terrorists, as those camps are also transfer hubs for trained recruits to join ISIS ranks in Iraq.

Banna pointed out that these camps do not only offer military training but also indoctrinate the recruits into a specific ideology and political orientation. Among the institutes responsible of for altering recruits’ mindsets are Qom’s International Center of Islamic Sciences and the International Institution on Bringing Together Islamic Sects.

The International Institution on Brining Islamic Sects together is an Iranian organization set to lure in Sunni Muslims into Iran. The institution is mainly run by the Quds Force, an IRGC fundamentalist division for special operations.