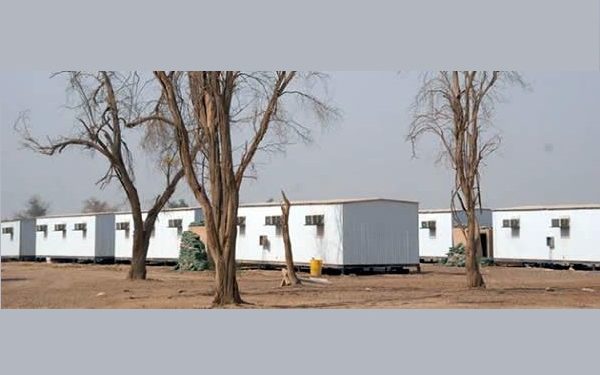 Liberty Camp residents must have unfettered access to food, fuel and other humanitarian necessities; Australian supporters of Iranian dissidents call

The Australian Supporters of Democracy in Iran on Saturday condemned in the strongest terms the blockage by Iraqi security forces of fuel, food and sanitation services to Camp Liberty, near Baghdad Airport, home to Iranian dissidents.

“Despite the scorching 50 degree heat which has forced the Iraqi government to shut down all state institutions, Iraqi forces are preventing the entry of diesel fuel, petrol and septic tankers and food trucks into the camp. This is an attempt to torture the Camp Liberty residents,” said spokesperson Mr Mohammad Sadeghpour.

“These unlawful measures are taking place at the direct order of Faleh Fayyad from the Iraq Office of National Security. Faleh is an Iranian regime element in Iraq, and has been involved in several massacres both at Camp Ashraf and Camp Liberty when Nouri al-Maleki was the Iraqi Prime Minister.”

“Camp Liberty is currently on the verge of a humanitarian catastrophe as temperatures reach 50°C and these inhuman actions constitute a crime against humanity and its perpetrators can face international prosecution,” said Mr Mohammad Sadeghpour.

The Australian Supporters of Democracy in Iran urged “the United Nations Secretary General Ban Ki-moon, US Secretary of State John Kerry and the European Union High Commissioner to take immediate international action to protect the Camp Liberty residents and halt inhumane restrictions on the camp, which they had promised to protect.

Camp Liberty houses thousands of members of the main Iranian opposition group, the People’s Mojahedin Organization of Iran (PMOI or MEK) who have been recognized as asylum seekers and people of concern by the office of United Nations High Commissioner for Refugees.