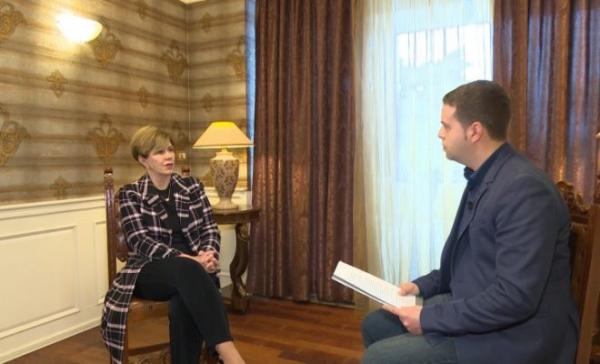 Linda Chavez: the Iranian regime is a threat to the Middle East

in Regional Interferences, Terrorism
Share on FacebookShare on Twitter
By Iran Probe staff
Sunday, 12 March 2017
Ms. Linda Chavez, the highest ranking woman to serve in the White House, visited Albania and was interviewed by Vision Plus TV, emphasizing her support for the People’s Mojahedin Organization of Iran (PMOI/MEK) and highlighting on the necessity to place pressure on Tehran for regime change.
“I have known the MEK for years, ever since I used to work in the United Nations. Their representatives were seen lobbying in support of resolutions condemning the Iranian people’s crackdown. I attempted to back a number of their initiatives. I have had this opportunity to get to know them better in the past five years,” she said about her active support for the Iranian opposition.
Ms. Chavez went on to describe Iran as a threat for the Middle East.
“The MEK has an agenda, which I fully support, calling for tolerance, gender equality, judicial independence and the separation of church and state. All this is necessary for a free and democratic Iran. I support all these principles and I am also very well informed about the MEK leadership’s positions,” she continued.
“I also believe what Albania did was amazing, welcoming in individuals who were prisoners of the Iranian regime and providing them refuge. They are very hard-working, highly educated and intelligence people. Not only can provide for their own services and needs, and also they will be very useful for Albania in the future,” Ms. Chavez added.
Published in News
ShareTweetSendShare
Previous Post