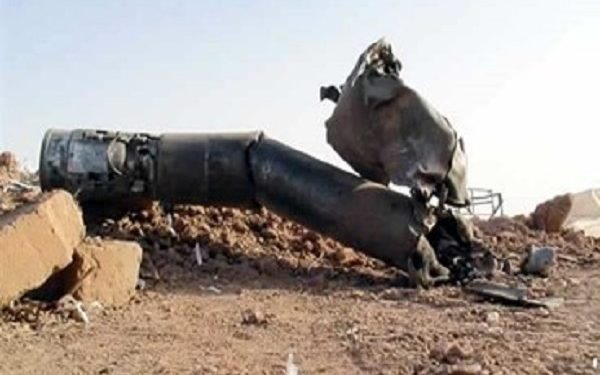 War crime against protected persons under Fourth Geneva Convention in Iraq, Call on UN Security Council, Multi National Force and Iraqi government to punish the religious fascism ruling Iran and eviction of this regime from Iraq, Expulsion of Kazemi Qomi, a commander of terrorist Qods Force in Baghdad

In a clear warlike aggression this afternoon, Monday May 26, 2008 at 4:20 p.m., the warmongering mullahs’ regime targeted the City of Ashraf by missiles called Grad.
The Persian date ’1384-5-24’ written in Farsi, equivalent to August 15, 2005, could be seen on the body of the missiles. In this missile attack none of the Ashraf residents were hurt.
This criminal aggression took place three weeks after the decisive decision by the British Court of Appeal to remove the People’s Mojahedin Organization of Iran from the terrorist list, and the hysteric reactions of the religious fascism is vehemently continuing.
After its ignominious failure in preventing removal of terrorist label from the PMOI, the mullahs’ regime has assigned its embassy in Baghdad to conspire against the Ashraf residents as its main mission.
Targeting camp Ashraf, whose residents are all “protected persons under the Fourth Geneva Convention”, is flagrant violation of International Law, International Humanitarian Law, and the Geneva Conventions, and is considered a blatant war crime.
The PMOI calls on the UN Security Council, ICRC, UNHCR, MNF-I and the government of Iraq to condemn this warmongering and war crime of the Iranian regime in Iraq against protected persons and to punish the religious fascism ruling Iran, and it further calls to evict the Iranian regime from Iraq. It is exceptionally necessary to expel Kazemi Qomi, a commander of the terrorist Qods Force from Baghdad, and to close down the mullahs’ embassy in Baghdad where is the main center for terrorism, espionage, creating insecurity and instability in Iraq.

People’s Mojahedin Organization of Iran
May 26, 2008