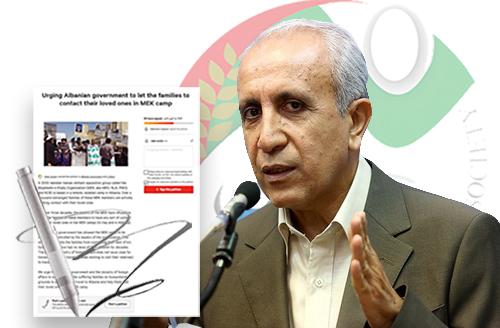 The main members of the Nejat Society have been in their posts for years, along with MOIS mole elements. The Ministry of Intelligence has used its agents who infiltrated into the National Liberation Army of Iran yet were identified. After admitting about their mission they were expelled and later on used as former PMOI members (!) in the MOIS.
Others include individuals who had spent some time in PMOI camps in Iraq and returned to Iran to continue on with their ordinary lives. However, they are now being used by the MOIS in branches of the Nejat Society.
In a few rare cases prior to their identities being identified they were able to murder

a number of PMOI members. In none of these cases did the PMOI retaliate in vengeance attacks and the regime agents were all returned to Iran.
The firm abidance by this mentioned principle has allowed the Iranian regime to hire agents easily to infiltrate into the PMOI, and after they were identified, at their return to Iran the MOIS introduced them as senior members of the PMOI. Four of these individuals, who worked as Nejat Society officials inside Iran, are introduced below.

Taleb Jalilian was born in 1961 and a second lieutenant inside the Iranian regime. He became a refugee in Iraq in 1988 and asked to join the PMOI. He then became suspicious and finally admitted to his true mission.

After the names of a number of Iranian regime agents were unveiled in a PMOI publication he attempted, but failed, to flee back to Iran.
He wrote in this regard:
“After witnessing the names of Iranian regime agents in the PMOI publication, I became worried of my cover being revealed and decided to reach Iran’s borders as soon as possible.”
This individual was finally expelled from the PMOI and is currently in charge of the Nejat Society branch in Kermanshah.

“Hired as a second lieutenant by the regime’s intelligence apparatus, I came to Iraq on a mission to infiltrate into the NL

A.
“In February 1998 after reading the names of a number of Iranian regime agents unveiled in a PMOI publication, I became worried of my cover being unveiled and decided to reach Iran’s borders as soon as possible. That is why I fled Camp Ashraf for Iran’s borders on March 24, 1998.”

Mohammad Bagher Momenzadeh was born in 1965 in the city of Shiraz, who also uses the nom de guerre of Afkhami. In January 1997 he was missioned by an individual by the name of Azizi (aka Imami), an official inside the Bushehr Intelligence Bureau in charge of dispatching Iranian regime agents to infiltrate into NLA. After undergoing an intense course of training in Tehran including: facial identification, describing and identifying, distance estimation, preparing reports and viewing six video tapes of an Iranian regime agent Mohammad Reza Edalatian (Hassan Mashhadi) on the subject of infiltrating into the NLA and how to behave as a PMOI member, he was then sent to infiltrate into the PMOI. Upon his entrance into the NLA he was identified as a suspicious figure and finally identified for his work for the mullahs’ regime. He then immediately fled to the Iranian regime and continued his activities for the MOIS as the official in charge of the Fars Province branch of the Nejat Society. Under the name of Afkhami he currently makes phone calls to PMOI supporters and places them under various types of pressure and insults in order to give in to cooperating with the MOIS.

73 issued in Shiraz, and I admit to being sent by Khomeini’s MOIS in order to spy and gather information on the PMOI’s computer networks, sabotage and inflict blows to the NLA. Following various training and briefs by Khomeini’s intelligence agents in the city of Bushehr and Tehran, I was sent to Ilam and on May 29, 1997 through the Sangar Nader crossing in Ilam Province and into Iraq.
“In Iraq I introduced myself to Iraqi officials and agents as a PMOI supporter. I have now realized about my betrayal and ask the PMOI for their forgiveness.”
First and Last Name
Mohammad Bagher Momenzadeh

Nejat Societ chief in Isfahan
was MOIS mole in the PMOI

Ref’at Yazdan-parast came to Iraq from Turkey back in September 1995. She was immediately arrested by Iraqi security organs. Despite introducing herself as a PMOI sympathizer it was made clear in the initial investigations that she has been dispatched by the Iranian regime and without the PMOI being involved at all the relevant Iraqi officials and organs had her returned to the Iranian regime. She first intended to go to the United Nations Office in Iraq and come in contact with the PMOI. However, on January 22nd, 1997 the PMOI informed the U.N. office in Iraq that Yaszdan-parast is an Iranian regime mole missioned to infiltrate into the PMOI, and they refused to allow her in.
From then on the MOIS introduces her as a “former and defected PMOI member”, and she has been appointed as in charge of chief of Nejat Society branch in Isfahan. An MOIS-affiliated website by the name of Iran Dideban on January 24th, 2006 introduced her as a “member of the Nejat Society Central Council”.
Before being dispatched to infiltrate into the PMOI, Yazdan-parast had married an individual by the name of Haji Fakur (police colonel), head of a ward in Tehran’s notorious Evin Prison.

Mohsen Hashemi Bajgirani, born in 1963, was recruited and hired by the MOIS in the city of Abadan (southwest Iran) back in 1991. On January 20th, 1995 after three years of cooperation with the Isfahan Intelligence Department, and identifying and providing information about PMOI supporters inside Iran, he entered southern Iraq through water borders with the intention of penetrating into the NLA. He was expelled by the PMOI after his true identity as a mole to carry out MOIS missions was unveiled. After his expulsion he returned to the MOIS and continued his missions ordered by the ministry in Isfahan. He is currently taking part in all activities of the Nejat Society in Isfahan.

“My name is Seyed

Mohsen Hashemi and I was missioned on January 20th, 1995 by the Khomeini regime’s MOIS to penetrate into the PMOI and NLA. I entered Iraq and these entities. My mission was to transfer my information and whatever I saw to the outside after two years by announcing my defection. When I say transfer my information outside I mean provide them to the MOIS.”
Seyed Mohsen Hashemi
March 10th, 1997

Under the pretext of “Nejat Society”, the MOIS pursues its political objectives against the PMOI in Iraq. In this regard the regime’s foreign ministry and embassy in Baghdad, along with the Revolutionary Guards Quds Force (Tehran’s extraterritorial terrorist arm) are in full cooperation with this ministry.

Pictures of various Nejat Society members who work for the MOIS

Ibrahim Khodabandeh is a known MOIS element in the Nejat Society. He goes to see PMOI family members in various cities on behalf of the Nejat Society, and he resorts to threats and bribes to get letters and statements from them against the PMOI. He uses such texts in his posts for MOIS-affiliated websites.

Maryam Rajavi in the Council of Europe: Europe must stand by Iran protesters

British MP: I will bring the voice of the Iranian people to my Government 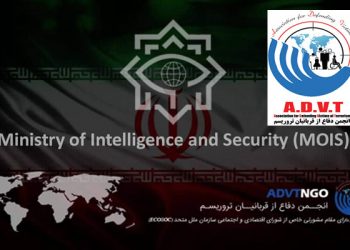 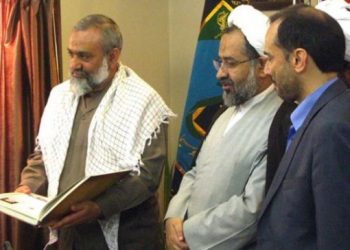 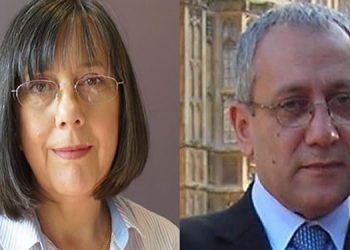