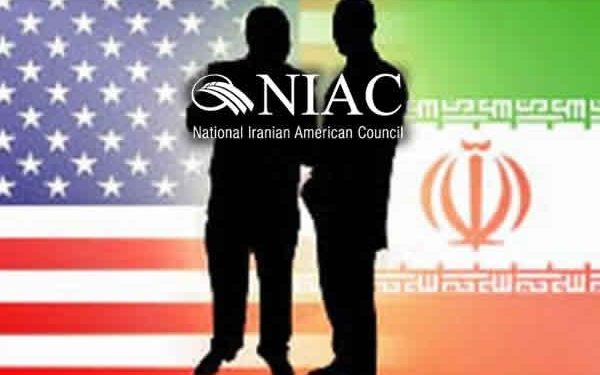 National Iranian American Council (NIAC), is serving in favor of the Iranian regime's policy in US

Recently U.S. mainstream media have published reports of a judicial case against Reza Zarrab, a currency dealer for Iran currently in a New York jail, and news of the Ploughshares Fund providing financial support for Iran’s political lobbyists NIAC and former Iranian diplomat Hossein Mousavian. Ploughshares is one of the most important financial supporters of the lobbyists calling for the U.S. to continue its policy of appeasing the mullahs’ regime, and they have gone the limits to provide all the support they can for Tehran. They have financed Mousavian’s expenses for him to easily lobby, write articles, print books and pursue Iran’s objectives in the U.S. They continue to support Gary Sick and two dozen other retired politicians, several reporters and a few media outlets to legitimize the so-called “legitimate and pacifist” positions of the Iranian regime for the public opinion in the U.S.

The Ploughshares Fund, describing its institute as pro-peace with an objective of ridding the world of nuclear weapons, has in the span of just a few years provided hundreds of thousands of dollars to NIAC to spread propaganda and engage in political activities aimed at preventing the Iranian opposition People’s Mojahedin Organization of Iran’s (PMOI/MeK) delisting from the U.S. terror list, and also prevent a court ruling in favor of the PMOI/MeK. These measures were of course aimed at ridding the world of nuclear weapons!

Unquestionably, NIAC was not only receiving money from Ploughshares. From 2005 Iranian supreme leader Ali Khamenei and his then-firebrand president Mahmoud Ahmadinejad launched their drive to obtain nuclear weapons into super mode. In the meantime, NIAC received millions of dollars from pro-appeasement institutes in the U.S. and organized a campaign under the mantra of pacifist efforts to prevent any war. During these years NIAC and other foreign-based entities associated to Iran began a deceptive crusade of misleading public opinion, including forging opinion polls, posting hundreds of articles and holding dozens of conferences to depict Iran’s nuclear program as completely peaceful in nature and enjoying the support of the majority of the Iranian population. Their main objective was to prevent the pressures and sanctions on Iran to allow the regime to more easily pursue its nuclear program. In other words, NIAC, with support and finances provided by American circles, launched an office in Washington aimed at legitimizing Iran’s nuclear program. Anyone calling for the Iran nuclear program to be brought to an end would be branded by NIAC and its allies as lackeys of Israel and warmongers.

From 2012 onward Khamenei was forced to withdraw from his nuclear ambitions under the pressures of sanctions and in fear of general uprisings by the poor and hungry Iranian people. NIAC once again became active in supporting nuclear engagement with Iran and providing the most possible concessions to the mullahs. It is natural that under this platform, a number of the concession provided by the Obama administration to Iran, including uranium enrichment, was unexpected and unacceptable for politicians and an important branch of the public opinion in the U.S. Therefore, NIAC again received hundreds of thousands of dollars from various entities such as Ploughshares and began its work alongside its allies to convince the public opinion that through nuclear engagement the mullahs would be tamed, the human rights situation in Iran would improve, the Tehran’s policies regarding the Middle East would witness a 180 degree shift, and Revolutionary Guards Quds Force chief Qassem Suleimani would be the flag bearer of peace and tranquility in the region. It is natural that if anyone would dare to oppose this deceitful campaign and concessions being provided for the mullahs’ regime, they would immediately be categorized by NIAC and its White House friends as saber-rattlers and lackeys of Israeli Prime Minister Benjamin Netanyahu.

During all these years NIAC and other Iran lobby firms abroad would characterize the Iranian nuclear program as peaceful and enjoying the support of the vast majority of the Iranian people. Tehran would describe this program as aimed at providing electric power and producing isotopes to treat cancer patients. The Revolutionary Guards (IRGC) mafia would go to great lengths, at the expense of the Iranian people, to bypass international sanctions. Therefore, hundreds of millions of barrels of oil were sold at extremely cheap prices, and a large portion of the revenue was stolen by the IRGC and dealers such as Babak Zanjani. The small percentage remaining were transferred to Tehran through various banks with a large amount of bribery involved. Some of this money was transferred to Turkey with the support of Reza Zarrab in gold and U.S. dollars, to be ultimately deposited into the mullahs’ treasury.

As a result the nuclear program that has plunged millions of Iranians into poverty. In the meantime, it provides huge amounts of money for NIAC, Mousavian, Reza Zarrab and other Iranian dealers and such agents. Zarrab was an unknown young man who enjoyed the IRGC’s support and suddenly found himself in the middle of the gold and currency smuggling business. With the Iranian people’s money he all of a sudden became the owner of a number of homes, palaces, recreational ships and lived a life of the kings.

Mousavian, Iran’s former ambassador to Germany in the 1990s, at the time when Iran had launched a wave of assassinations targeting its dissidents abroad and its German embassy was the center of command and logistics for its terrorism in Europe, never faced justice in court and instead, with the financial support of appeasement lobbyists, became appointed as a researcher in Princeton University to ultimately advocate Iran’s nuclear program. NIAC became the voice of pacifists and received millions of dollars to this end thanks to Iran’s nuclear program.

This is the nature of the mullahs’ regime, whose policies lead to further poverty and misery for the Iranian people, while an army of Iranian and non-Iranian dealers and various operatives are making huge profits as a result.