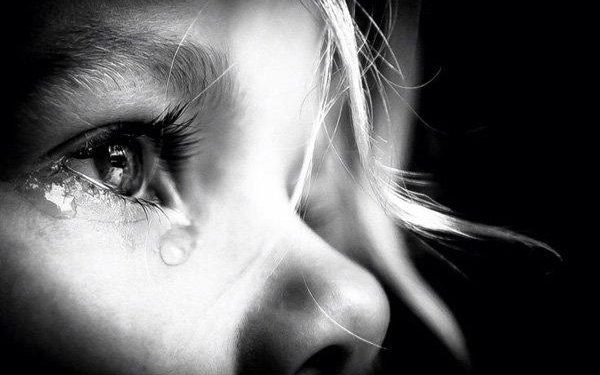 By Behrooz Kazemi, a resident of Camp Liberty
Have you ever lost someone you loved very much? Have you ever felt the warmth of teardrops running down your face as you remember the memories of a loved-one? Sobbing to a point where you’re unable to breathe? Now imagine that someone lets you know that your dad, the one you love so much; the one you remember caressing your soft hair when you were a baby; the one whose smiles gave you comfort in moments of fear; has been secretly hanged in prison…
I grew up in Tehran, the capital of Iran; the place where these days people all around the world hear a lot of news about. Some people might not know where Iran is or even mistake its name with Iraq. But if I tell you about where I live, it might not make a difference where I’m from, because I’m now in Iraq. No, I’m not a pilgrim; I’m not a refugee; I’m actually nothing. I have no legal status on paper. Due to the suppression in Iran and the fact that my family was constantly under the persecution for its dissent to the dictatorial regime, I left Iran and went to Camp Ashraf in Iraq. From there we were transferred to Camp Liberty. This is where I live now. It’s called Camp Liberty, but it doesn’t live up to the name because its conditions are prison-like. Our prison cells don’t have metal doors, they’re made of metal panels. Actually, we are imprisoned in trailers. The area of the camp is some half a square kilometer. The agents of the regime ruling in my homeland have to this date carried out several missile attacks on this camp, killing and injuring its residents. The UN and UNHCR have visited us and expressed their regret. The Iraqi forces that have besieged us prevent us from leaving the camp and also prevent our family members from visiting us inside the camp. This siege started when the former Prime Minister Maliki and its government took up our security from the US Government. Actually, I was one of the last people who came to the camp before this ‘security transition’. A few years ago, my father, who was also a dissident to the current Iranian regime, and I came to this camp. At that time freedom of movement was allowed. My father left me here with his friends and told me as his confidence that he would return to Iran to sell the house and furniture and then he would return. Here, everyone is a dissident to the current regime in Iran; the same regime that everyone sees and hears in the news attempting to acquire a nuclear bomb and spread global terrorism. My father opposed this regime and always said that this regime must not be tolerated and we have the right to defy it.
That’s why when my father returned to Iran, it didn’t take long for intelligence agents to raid our home and arrest him because he had visited Ashraf. They tortured him and threatened him saying that “we will execute your wife and kids”. What was his crime? They told him you’ve been charged with visiting Ashraf and sending your kid to stay with a dissident political organization. After a couple of years, they finally executed him on 24 January 2011 in the notorious Evin prison; just like that!

This was my real dad.

Now, a bunch of people have popped up at the gates of our camp and are telling UN and Iraqi officials that we are the residents’ families! They had put up the same show at Ashraf, yet with 320 loudspeakers installed around the camp; broadcasting insults and profanity at us day and night. They thanked the Iraqi forces who had attacked us and killed our friends! After all this, they still claimed to be our families. They’re right, maybe one day we lived in their homes and had family relations, which mattered. Yet when someone is willing to come down here from a poverty stricken country like Iran and carry out such acts for money, I don’t think anyone will be willing to call them family anymore. I feel sorry for those who have real family relations with them. No one chooses where to be born. Yet when they grow up they choose their own way of life, no one can forcefully relate them to anything or anyone. Imagine if Hitler and Mousseline had a son and one day he joined the anti-fascism resistance front. Isn’t imprisoning and torturing him in order for him to announce loyalty to his father a dirty act that is worth condemnation? I think the children of these individuals who have sold themselves out, are heroes. One day they were separated from their home and family for their dissent to this suppressive regime. In the current circumstances, the regime ruling in Iran has gone to our families. Some of them ended up like my father. Some acted uninformed and relieved themselves. A limited number of them ended up like this. Dictators always have their instruments.

That’s when I tell my friend who has to endure the psychological pressures and witness his/her sister, mother or father in this situation: don’t worry. It’s not your fault. Everyone matures and choose their own way of life and is responsible and accountable for their own actions. My father was also your father. It doesn’t matter. We’ve all chosen to say no to the dictators. It was our own decision. This is the dictator’s response. For that, hold your head up high because one day the dictator will be overthrown and all these insults and profanities will be of the past. Then, it won’t matter who was your friend and who your enemy. That’s when everyone will want to affiliate themselves with you. The good thing about the current tough conditions of this prison is that the nature of every person comes to surface. It’s good to know our real fathers, mothers, brothers and sisters…

Conspiracy of mullah regime for another slaughter in camp Liberty