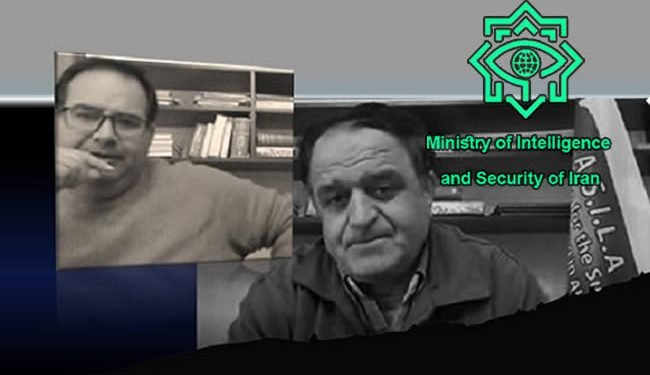 The Security and Counter-Terrorism Commission of the National Council of Resistance of Iran announced in a statement that the Iranian regime on Thursday, January 13, 2022, returned another of its agents from Albania to Iran. He had been spying and gathering information for the Iranian Ministry of Intelligence (MOIS) station at the regime’s embassy in Tirana for the past four years. This person, Parviz Heydarzadeh, is one of the agents who worked with other agents of the Iranian regime in a three-floored building in the Kinostudiu-Tirana under the auspices of a the MOIS association called ASILA (Association for Support of the Iranians living in Albania).

Haidarzadeh was a prisoner of the regime’s eight-year war with Iraq, which had joined the PMOI – MEK. After being transferred from Iraq to Albania, he was expelled from the movement and turned to an agent for the regime’s embassy and intelligence station against the PMOI. From the very beginning of his expulsion, he repented his struggle against the Iranian regime to return back to Iran. However, the Iranian regime made his return conditional on proving his services to the Iranian regime. To prove his allegiance to the regime and the mullah’s intelligence, Haidarzadeh engaged in political venality and various dirty demonization and espionage missions against the PMOI in Albania for four years.

Haidarzadeh, who had been repeatedly exposed in the reports and publications of the Iranian resistance, along with other traitors, went to the regime’s embassy in Albania in May 2018, and demanded to return to Iran. The Iranian embassy filed a case about him and said that his demand for going to Iran must be approved by the Ministry of Intelligence and is subject to cooperation, espionage, and slander against the PMOI.

Hadi Sani khani who is a well-informed person about the MOIS’ activities in Albania and had closely worked with agents such as Haidarzadeh, wrote an open letter to UN Secretary-General Antonio Guterres on February 14, 2021, detailing the function of the MOIS in Albania.  Sani Khani referring to those who are “in public contact with the embassy and how they must prove their commitment to the Ministry of Intelligence in order to agree to their departure to Iran” writes: “These people received 500 Euros monthly from the Iranian embassy. According to the embassy, these agents are obliged to create at least one user account on Facebook and Instagram, and to produce and post 12 articles against the Mojahedin every month, to be republished the issues ordered by the embassy or the MOIS repeatedly” (Iranian regime’s Embassy in Albania, a center for spying and terrorism, by Hadi Thani  Khani, page 16)

Gjergji Thanasi, a local MOIS agent in Albania, was among the Iranian agents who gathered when Haidarzadeh was returning to Iran. To prove his loyalty and affiliation with the mullahs’ regime, Gjergji Thanasi and, along with other agents went to Tirana Airport to bid farewell to Haidarzadeh. Olsi Jazexhi and Gjergji Thanasi are in direct contact with the Iranian regime agents such as Hassan Heyrani. The café Frank run by Heyrani in Tirana is their hangout. The Security and Counter-Terrorism Commission of the National Council of Resistance of Iran revealed that the MOIS pays Gjergji Thanasi and another local agent, Olsi Jazexhi, one thousand Euros a month.

Based on previous patterns and experiences, the demonization and espionage activities of the MOIS ’ agents in Albania are paving the way for the regime’s rampant terrorism.

The recent disclosures of the mullahs’ intelligence networks in various countries underscores the need to implement the provisions of the European Union’s Declaration of 29 April 1997 on “Focusing on the expulsion of the Iranian regime’s intelligence personnel”.