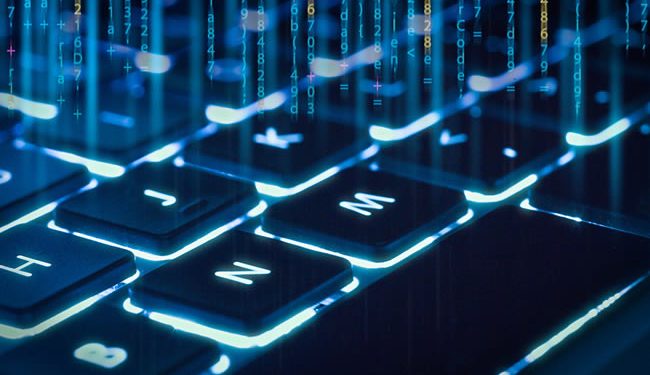 Iranian state-sponsored threat actors are often perceived to be unsophisticated, but security experts quizzed by The Daily Swig warned it would be unwise to underestimate the danger the country poses in cyberspace.

The main objectives of Iranian state-sponsored espionage are to target organizations in multiple industries across the world and dissidents or those tagged as enemies of Iran.

How do Iranian threat actors compare to groups elsewhere in the world?

Nation state-backed Iranian hackers are generally considered to be less advanced than their well-resourced counterparts in Russia or China.

Iranian attackers may rarely exploit zero-day vulnerabilities, but what they lack in technical sophistication they make up for in social engineering trickery.

For example, they are known to invest considerable effort in developing more elaborate social engineering personas on LinkedIn and elsewhere in order to persuade potentially suspicious targets to open malicious links or attachments.

On the lower end of the skills spectrum, Iran has a large community of hackers active on underground forums. Some of their members engage in politically motivated, disruptive operations such as distributed denial of service attacks, generally considered to be rather unsophisticated, against Iran’s adversaries in the Middle East.

“These operations typically rely on social engineering through spear-phishing or SMS messages, and generally follow a predictable pattern of tactics, techniques, and procedures [TTPs],” according to Heghebaert.

At the upper end of the scale, “longstanding threat actors like APT34 consistently develop custom malware and use more advanced techniques to compromise their targets, including DNS hijacking and known web exploits”, he added.

“This does not necessarily imply, however, that Iranian APT [advanced persistent threat] groups are unsuccessful,” Mandiant’s Heghebaert cautioned.

“There is a spectrum of sophistication from Iranian threat groups, with some on par with low-end commercial red teams and others that develop and deploy novel malware of reasonable quality and exercise caution and diligence when in a network,” Pilling told The Daily Swig.

“We tend not see zero-day exploits used by Iranian groups, although there has been a history of using SQL injection attacks and web exploits to good effect,” he added.

Catch up on the latest cyber-warfare news

“VPN, Citrix, and RDP vulnerabilities from the last couple of years have been favoured,“ according to SecureWorks.

Iranian cyber-espionage campaigns are often delivered via spear-phishing emails, deceiving the target to download weaponised documents or backdoored mobile applications to spy on them, rather than exploiting vulnerabilities on the devices themselves.

“Additionally, analysis of the mobile tooling used by these groups suggests a heavy reliance on open source or leaked code,” according to Justin Albrecht, security intelligence engineer at mobile security specialist Lookout.

“Much of the malware we’ve analyzed tied to Iranian APTs feature full RAT capabilities, however they lack many of the modern elements growing in popularity amongst malware developers such as the abuse of Accessibility Services, heavy obfuscation, and packer use. Despite this, our research indicates that their methods are successful based on exfiltrated victim data.”

How are Iranian threat groups evolving?

We believe that Iran started heavily investing in its cyber operations program following the discovery of Stuxnet in 2010, and we can track the evolution from there.

Simultaneously, however, we have seen some indication that Iran is conducting more aggressive operations designed to disrupt their target’s networks and day-to-day operations, including through ransomware.

Kevin Livelli, director of threat intelligence at RiskIQ, said Iranian attackers have “diversified their TTPs” to make the identification and attribution of their campaigns more difficult.

“They are moving away from custom code and backdoors in favour of built-in, ‘living off the land’ techniques and leveraging compromised user credentials,” Livelli said.

Iran has a history of conducting cyber-attacks through proxy organizations or creating fake group personas to conduct and claim responsibility for attacks – for example, the ‘Cutting Sword of Justice’ group that claimed responsibility for the 2012 Shamoon wiper malware attacks.

“There are also indications that Iranian groups are conducting destructive attacks in the Middle East under the guise of ransomware operations using malware including Thanos, Pay2Key, and N3tw0rm,” according to Secureworks.

There’s evidence of the growing use of off-the-shelf technology as well as proficiency with native operating system applications.

“Legitimate software poses a problem to defenders because it may blend in with any network’s routine operational ‘noise’,” Sean Nikkel, senior threat intelligence analyst at Digital Shadows, told The Daily Swig.

How are Iranian threat actors organized?

Iran’s primary cyber operations are conducted by the Islamic Revolutionary Guard Corps (IRGC) and the Ministry of Intelligence and Security (MOIS), along with affiliated contractors and front companies.

The IRGC is a powerful paramilitary organization that’s said to be responsible for disruptive and destructive attacks. The MOIS is a civilian intelligence service focusing on the clandestine acquisition of intelligence.

Paul Prudhomme, head of threat intelligence advisory at IntSights, told The Daily Swig: “IRGC and MOIS employees often outsource attacks to non-employees, including Iranian hacktivists and criminals that they have recruited via coercion, compensation, or both.

“Some Iranian threat groups operate almost as businesses that sell compromised data to Iranian public sector organisations or have organized themselves as ‘institutes’.”

What countries and organizations are being targeted by Iranian attackers?

Government agencies and defense contractors are top targets for Iranian threat actors because successful breaches can yield political and military intelligence, along with high-value intellectual property.

According to threat intel firm IntSights, four countries stand out as prime targets for state-sponsored Iranian attacks: the US, Israel, Saudi Arabia, and the UAE.

“The US and Israel are top targets due to their longstanding adversarial relationships with the current Iranian government dating back to their support for the former Iranian monarchy and persisting into the present day with their efforts against Iran’s nuclear program,” IntSights’ Prudhomme commented.

“Saudi Arabia is another chief regional adversary of Iran due to a variety of political, economic, sectarian, and ethnic factors, including their participation in a regional proxy war in Yemen.

“The UAE is a target due to a wider range of factors, including diplomatic and economic tensions, the roles of Dubai and Abu Dhabi as global business and transportation hubs, and the presence of many Iranian expatriates in the UAE,” he added.

What cyber-attacks have been attributed to Iran?

Disruption and destruction have been hallmark features of state-sponsored Iranian attacks since 2012-2013.

Other attacks attributed to Iranian groups include DDoS attacks against western banks in 2012 and 2013, sometimes known as ‘OpAbabil’.

Attacks against Western universities geared towards stealing research were blamed on Iranian entities and Iranian suspects were named in a 2018 US DoJ indictment.

“Automated mass scanning leads to the deployment of webshells,” according to Secureworks. “The threat actor will then use the webshell to manually triage the victim network later and conduct further activity if the target is of interest.”

Iran: Who is Mohseni-Eje’i as Judiciary Chief? 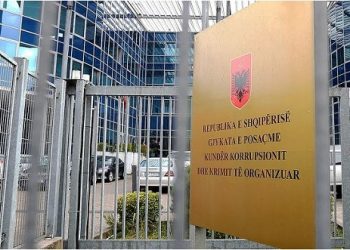