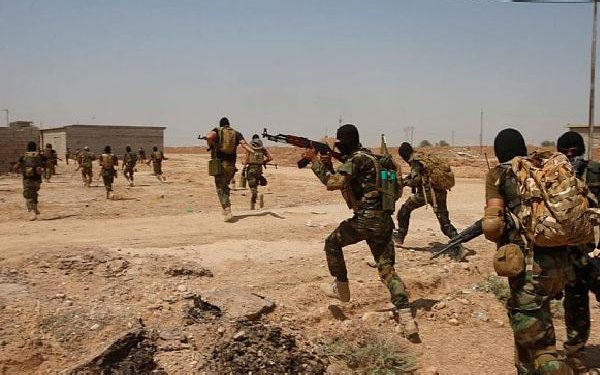 The letter stated, “We fear that Iran’s Revolutionary Guards Corps (IRGC), Ministry of Intelligence (MOIS), and its Quds Force will attack the remaining residents [of Camp Liberty Iraq].” On Aug. 2, the MOIS website stated its opposition to the residents ever being allowed to leave; and Iraqi militias will prevent the ~830 remaining residents from leaving if Baghdad does not stop them.

Given such warnings in advance of an attack, our authorities have an obligation to seek to thwart the assault. An assault occurred on the Fourth of July against these dissidents. When a government we placed in power and whose security services we armed allowed proxies of Tehran to attack Iranian dissidents, it is like biting the hand that feeds you.

On July 4, 2016 (8:35 pm Iraqi time), militias of the Iranian regime launched over 50 missiles and rockets against Camp Liberty. Damage assessment revealed that parts of the camp were completely destroyed.

On July 15, the National Council of Resistance of Iran (NCRI) warned that Tehran’s Supreme National Security Council ordered intensification of a siege on Camp Liberty. Following a July 9 gathering in Paris of supporters of the NCRI and its largest unit, the People’s Mojahedin Organization of Iran (PMOI) or (Mujahedeen-e Khalq (MEK), the pressure intensified. Tehran’s goal: Punish Iranian dissidents in Paris by intimidating Camp Liberty.

Tehran ordered its sycophants in the Iraqi government to increase the pressure, siege, and repressive measures against Liberty like preventing delivery of food, medicine, and fuel needed for the camp’s power generators.

Tehran called on Baghdad to facilitate necessary measures for transferring intelligence agents to Camp Liberty; the rouse used was that they were family members of residents, which is false. A prior transfer occurred under this same pretext in late May: Various groups of Iranian regime operatives transferred to Camp Liberty and paved the way for the attack on the Fourth of July.

Two days after the July 9 rally in Paris, NCRI/PMOI reported official government media in Iran as stating that, “Camp Liberty must be targeted once again with a number of missiles…and leave no trace of the [residents] there,” according toOtagh-e Khabar, July 11, 2016.

There were other assaults on Liberty showing Tehran’s practice of sending alleged family members there:

A year after moving to Camp Liberty, on Feb. 9, 2013, rocket and mortar shells fell on the dissidents, killing 9 and wounding over fifty. The United Nations High Commissioner for Refugees called these attacks, “a despicable act of violence,” describing residents as asylum seekers entitled to international protection.

On October 29, 2015, Camp Liberty was struck by a barrage of rockets, which killed at least 23 people, including one woman, and injured dozens. An Iraqi militia, al-Mukhtar Army, claimed responsibility for that attack and warned that it may be repeated.

First, follow-up bipartisan bills regarding Camp Liberty: On July 14, 2016 the U.S. Senate Foreign Relations Committee unanimously approved a sense of Congress statement that the USG should:

Second, encourage American Embassy Baghdad to send its diplomats to Liberty on the basis of warnings of assaults and immediately following attacks. Meeting of residents with U.S. Embassy personnel at the United Nations Assistance Mission for Iraq (UNAMI) Building about a kilometer away from Camp Liberty does not suffice.

Third, take into account the news in the letter of Aug. 19, 2016 to the White House and UN warning of signs of imminent attack on Liberty.