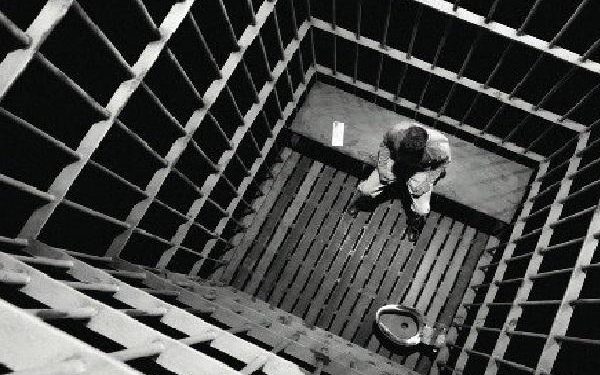 I was watching a movie the other day showing images of children in an amusement park, screaming in joy and having fun alongside their parents. It brought a sense of happiness inside me, and yet I immediately recalled a bitter memory from the past. It was in mid-August of 1988 and I was in a solitary confinement cell in the dreadful ward 209 of Tehran’s notorious Evin Prison. This was after I was arrested for the second time, only four days after being released from my first term in prison. Interesting was the fact that this time around the prison guards hadn’t mentioned any crime for my arrest the second time around. For some reason I remained in prison and witnessed the summer 1988 massacres. Khomeini, the founder of the so-called Islamic republic in Iran, had ordered this massacre in vengeance of the ceasefire he was forced to accept in the Iran-Iraq War.
A few days had passed since the start of the massacre and I was relocated from one cell to another, and finally reached the dreadful ward 209. Yearning for some sunlight after many months, I was able to literally climb up the small cell wall and reach the window on the ceiling. I could see the golden light of the sun, and I was staring when all of a sudden I heard the screams of young children from a nearby amusement park. Tehran’s Luna Park was located on the parkway and one could hear the children playing. The park’s loudspeakers could also be heard playing various songs. I was filled with the glory of life, and I kept on enduring the pressure on my legs to take in more of this beautiful sensation. However, it was obvious that I couldn’t take it in for too long and jumped to the ground.
I suddenly heard the sound of a Morse code message from my neighboring cell calling me over to talk. It was my dear friend, Arash Bajur, saying his last farewell. I was in tears and began praying for him…
In that summer more than 30,000 political prisoners in Iran were hanged. It was yet another massacre occurring in the 20th and 21st century, unthinkable for mankind after all these years.
Hassan Rouhani, the current president in Iran, was secretary of the regime’s Supreme National Security Council back then. He had approved this horrible cleansing inside the regime’s dungeons under Khomeini’s fatwa. He is now described as a “moderate”, while during his 2½ year tenure more than 2,200 people have already been sent to the gallows across Iran. This is the harsh reality, and hell-bent efforts of those in the West favoring the appeasement policy vis-à-vis Iran won’t change his real image for the Iranian people, and there is no hope for change from within the Iranian regime. 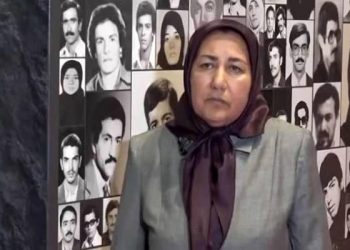 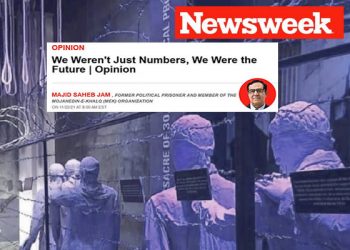