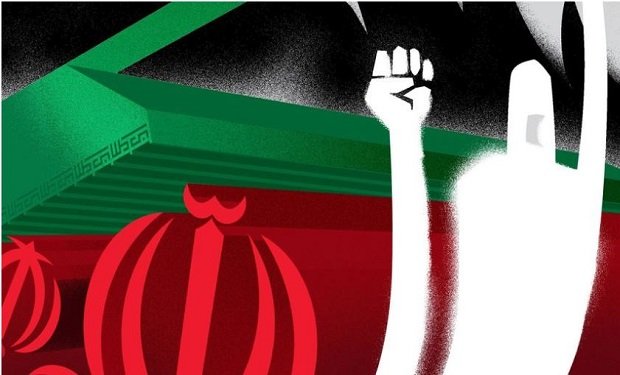 The Iranian people want democracy, not clerical rule or a monarchy

The U.S. and EU should help facilitate the outcome of unrest sweeping Iran

Three months have passed since the beginning of anti-regime protests in Iran. Today, the slogans chanted in the streets and the graffiti adorning public buildings reflect the people’s universal calls for democracy.

At the outset of the now-nationwide uprising, “woman, life, freedom” was the rebellion’s initial call to arms. But over time, the protesters’ demands conspicuously shifted to rejecting the Iranian establishment altogether. Today, ubiquitous calls for “death to the dictator” have opened a bold new chapter in the movement to end theocratic tyranny in Iran.

Though courageously employed, the slogan is not entirely new. It achieved mainstream prominence several years ago when, in December 2017, protests over the state of the economy underwent a similar transformation from calls for broad reforms to insistence on total regime change. The revolt spread rapidly from one city to well over 100 and lasted through much of January 2018. It was then that Supreme Leader Ali Khamenei responded with a speech intended to downplay the significance of calls for his ouster. Instead, he acknowledged his regime’s Achilles’ heel by crediting the struggle’s defining slogans to the People’s Mojahedin Organization of Iran (PMOI/MEK) — the country’s leading pro-democracy opposition group.

In 2014, the MEK established a nationwide network of activist collectives known as “resistance units” and directed them to promote the idea of inclusive insurrection with the aim of establishing a democratic alternative to clerical rule. The phrase “death to the dictator” is closely tied to these resistance units. The repetition of the expression in successive uprisings illustrates the growing influence, organizational prowess, and endurance of the MEK’s intricate network of supporters.

There is evidence to suggest that the resistance units have been proliferating at a remarkable rate since their inception. The MEK’s parent coalition, the National Council of Resistance of Iran (NCRI), hosts annual, international gatherings of Iranian expatriates to demonstrate progress in the struggle to achieve regime change. In 2021, around 1,000 resistance unit members submitted video testimonials to the event from within Iran. Just one year later, that number had increased fivefold.

In recent weeks, videos and eyewitness reports from the Islamic Republic increasingly feature a prominent new cry: “Death to the oppressor, be it the Shah or the Leader.” Casual observers could easily miss the subtle difference with earlier calls to action, but the distinction is critical insofar as it leaves no doubt that the Iranian people reject dictatorship in all its forms, past and present, and are looking toward a democratic future with no interest in returning to their monarchic past.

That the NCRI has designated a transitional president for the country, Maryam Rajavi, to govern for six months in advance of Iran’s first free and fair elections should give world leaders hope. That Mrs. Rajavi is firmly committed to a 10-point plan that establishes guiding principles including secularism, gender equality and equal protection for minorities should boost the spirits of the regime’s democratic opponents.

The NCRI’s platform is one that the United States and its allies can support with enthusiasm, particularly since its spirit is endorsed by participants in a protest movement widely understood to pose the greatest challenge to the mullahs’ regime since the immediate aftermath of the 1979 revolution.

Unsurprisingly, many American and European lawmakers from a range of political parties have long supported the MEK and NCRI while recognizing that Mrs. Rajavi’s plans are consistent with foundational documents in leading democracies around the globe, including the U.S. Constitution.

For these supporters, the prospect of regime change in Iran has always been attainable. But today that outcome seems nearer than ever. Although 700 protesters have been killed and 30,000 arrested, the Iranian people are fearlessly defying the repression visited on them and fighting back against well-armed repressive forces. The longevity and resilience of the protest movement has prompted growing numbers of observers, including French President Emmanuel Macron, to recognize the uprising for what it is: a new revolution.

Fewer Western leaders are today questioning whether the ayatollahs will be toppled. The question now is when the regime’s collapse will occur and what can be done to prepare for it.

The first thing policymakers can do is acknowledge that regime change from within need not result in chaos or a lateral shift from one antagonistic dictatorship to another. With the fall of the mullahs, Iran will be welcomed into the community of nations and will be well positioned to become the effective global partner the Islamic Republic never was.

The United States, the European Union, and its member states should not simply look forward to the outcome of the unrest sweeping Iran; they should help facilitate it. This is not to say that direct intervention is needed. By simply encouraging allies to recognize the right of Iranian protesters to defend themselves, by ramping up crippling sanctions, and by proscribing the Islamic Revolutionary Guards Corps (IRGC) as a terrorist entity, Western nations can further isolate the regime and weaken the ayatollahs by rendering them incapable of resisting the will of the Iranian people.

The Iranian people are doing their part for democracy. Now it’s time for world leaders to do theirs.

Professor Ivan Sascha Sheehan is executive director of the School of Public and International Affairs at the University of Baltimore. The opinions expressed here are his own.

IRAN:Soha Etebari, 12, arbitrarily shot and killed inside her family’s car

‘Vileness and brutality’: Mother in Iran jail for 13 years shares letter from inside ‘hell’ prison