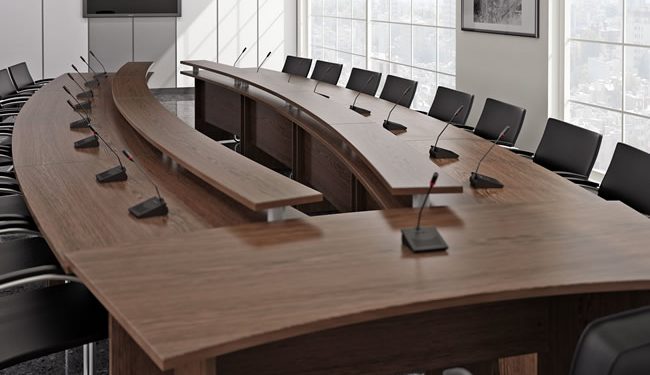 After more than three months, there are still no evident signs of progress in negotiations over the possible restoration of the 2015 Iran nuclear deal. The U.S. pulled out of that deal in 2018 and began re-implementing and expanding economic sanctions, but under the Biden administration, it has demonstrated a clear willingness to compromise with its negotiating partners and adopt something akin to the former agreement. Iran has shown no such willingness and has even refused to negotiate directly with American counterparts in Vienna.

The U.S. delegation has been housed in a separate building during each round of talks and relayed messages through European negotiators who split their time between each venue. By all accounts, Iran’s messages have never changed throughout this process.

Before the current series of negotiations began in April, Iranian authorities declared that they would consider no new proposals and would make no displays of good faith, but would continue to oversee the advancement of the nuclear program for as long as U.S. sanctions remained in place.

Since then, Tehran has found many different ways of trying to blackmail the U.S. into suspending those sanctions immediately and without precondition. Those same methods serve to exert pressure on European leaders in hopes that they will push their American counterparts to give Iran what it wants and thereby save an agreement that may in fact be beyond saving.

Of course, this high-pressure strategy could backfire by prompting Western officials to simply walk away from the existing agreement and start back at square one with their efforts to prevent Iran’s acquisition of a nuclear weapon.

That is exactly what the Biden administration and the relevant European governments should do. It is long past time for them to consider new strategies for dealing with the Iranian nuclear threat, and it should be easy for them to promote an assertive change in light of all that Iran has done to threaten the international community since 2016 and especially since halting all compliance with the Joint Comprehensive Plan of Action (JCPOA) early last year.

In that past year and a half, Tehran has reportedly installed successively more advanced centrifuges at its fortified nuclear facility, in violation of the deal. It has increased its stockpiles of nuclear material beyond the limits set by that deal, and has pushed its highest level of uranium enrichment from 3.65 percent all the way to 60 percent – the highest Iran has ever gone, and just a small technical step away from weapons-grade uranium.

As of last month, Tehran has also severed all formal agreements with the International Atomic Energy Agency, which is tasked with monitoring the offending activity. And although the IAEA has not yet been kicked out of the country yet, it no longer has access to video surveillance or data collection equipment, and Tehran now maintains sole authority over the recordings, which it could destroy at any moment.

Tehran’s refusal to revise or extend its former temporary agreement with the IAEA is probably indicative of the sorts of behavior we can expect as the Iranian government moves into a new era under the nominal leadership of Ebrahim Raisi, who was appointed as the country’s next president on June 18.

He is due to take over for the outgoing Hassan Rouhani in August, and the transition is widely considered to be part of a broader trend whereby Supreme Leader Ali Khamenei is consolidating power among a small number of ultra-hardline loyalists.

Whereas Rouhani was ostensibly a “reformist” by the standards of the theocracy, Iranian opposition activists reject the notion that there are significant differences between the two mainstream political factions.

Dissidents see Rouhani’s moderate credentials as being mostly a matter of the tactics he favored in pursuing the same hardline outcomes. But they also recognize that Raisi’s posture toward the West will be much more openly confrontational – much more akin to that of the Islamic Revolutionary Guard Corps (IRGC), a designated terrorist entity.

More assertive Western policies would have been well justified at any point amidst the recent nuclear provocations overseen by the Rouhani administration. But they will be all the more justified, and all the easier to sell to the public, when Raisi vaults into the office and attempts to take an even harder line with Western “enemies” than his predecessor, who happily joined Khamenei in swearing off any actual negotiations or any semblance of compromise in Vienna.

Inevitably, some Western policymakers will have a hard time recognizing the practical value of greater assertiveness, but their confusion is most likely to be a consequence of insufficient attention to domestic affairs in the Islamic Republic.

Economic sanctions and diplomatic isolation are powerful tools on their own, but they become orders of magnitude more powerful when they are backed up by public pressure from one’s own constituency.

And in Iran, that pressure has been mounting for years and may be poised to explode in the Raisi era, especially if ordinary Iranians see themselves as part of a coordinated fight against the clerical regime.

In January 2018, protests led by the People’s Mojahedin Organization of Iran (PMOI/MEK) sprang up across more than 100 cities and towns, urging the ouster of all major Iranian officials and the establishment of a new, democratic government.

In November 2019, a similar uprising occurred in nearly 200 localities, prompting regime authorities to open fire on crowds, killing 1,500 people and setting the stage for mass arrests and months of systematic torture.

Nevertheless, Iranians were back out in the streets across at least a dozen provinces two months later, and a month after that, they staged the country’s most successful boycott of parliamentary elections.

That boycott was repeated last month, both as a rejection of Raisi himself and as a rejection of the entire system that conspired to make him the only viable candidate on the ballot. In urging citizens to avoid the polls, PMOI/MEK “Resistance Units” specifically sold the boycott as a means to “vote for regime change.” With voter participation having possibly been under ten percent, it should be clear that the population as a whole is primed for that outcome.

This weekend, the means to that end will be discussed before an international audience on the occasion of the “Free Iran World Summit,” a live-streamed event organized by the PMOI/MEK’s parent coalition, the National Council of Resistance of Iran (NCRI), and featuring instructive speeches from Iranian expatriate activists and high-profile Western supporters of the movement.

Together, these voices can be expected to present a roadmap for high-level coordination among the democratic governments of the world and the pro-democracy activist community inside Iran.

Both groups of speakers are also sure to reiterate their longstanding support for NCRI President Maryam Rajavi’s ten-point plan for Iran’s future. As well as calling for free and fair elections, secular governance, and equal protection for all under the law, that plan specifically expresses commitment to a non-nuclear state whose foreign policy is dedicated to peaceful co-existence.

Indeed, the NCRI has long made the case that negotiations like those now ongoing in Vienna are fruitless as long as the current regime is in power. As they see it, a genuine solution to the Iranian nuclear crisis can be achieved only in the wake of regime change at the hands of the Iranian people.

The First Day of the Free Iran World Summit 2021