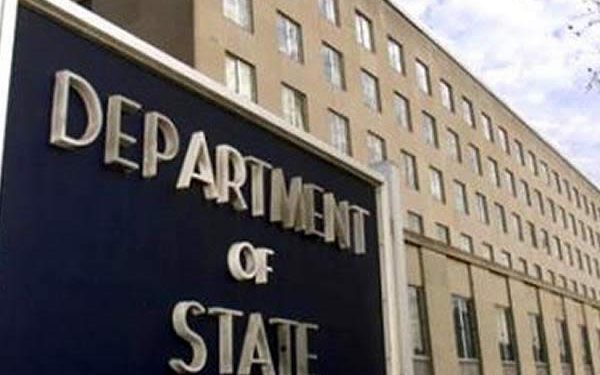 Nothing unusual was expected at a subcommittee hearing in the U.S. House of Representatives on July 24, 1985.  Richard Murphy, a high ranking State Department official, was scheduled to give testimony on “recent developments in the Middle East.”

But to the surprise of everyone, he want off on a tangent and began to discuss the People’s Mojahedin.  He alleged they had “advocated violence since their inception, and have worked for a re-emphasis in Iranian society of Shia Islam reformed in the light of Marxist principals.”1  He also said the Mojahedin was “anti-democratic, anti-American, and anti-Western.”2

Members of Congress could not explain the reason for the unsolicited remarks by the State Department official.  The PMOI was equally taken aback and issued a response the following day.  Massoud Rajavi, believing the mischaracterization of the PMOI was an honest mistake, exclaimed “to my sorrow, the background information provided to the American State Department was incorrect.”3

The reason for Murphy’s diatribe was not revealed until two years later, during an investigation of the Iran-Contra scandal by the Tower Commission.  It obtained a letter, dated July 9, 1986, written by Manucher Ghorbanifar, a former SAVAK agent, that was addressed to a high-ranking Iranian official.

Ghorbanifar was working as an intermediary between the U.S. and Iran to help gain the release of American hostages in

Lebanon.  The U.S. had taken numerous steps to encourage Iran’s assistance and Ghorbanifar wanted Iran’s mullahs to reciprocate. In the letter, he listed “positive and constructive steps as a sign of goodwill” taken by the U.S. during the previous year.  Number four on the list, Ghorbanifar wrote:

“[Issuance] of an official announcement terming the Mojahedin-e Khalq Organization terrorist and Marxist….”4

Richard Murphy’s testimony, it turned out, was a “goodwill” gesture the mullahs had demanded to gain their support to free the U.S. hostages. Terming the PMOI as Marxist was not based on a diligent and fair assessment, but was disinformation distributed at the behest of the mullahs.

The damage, however, had been done.  The State Department is viewed as a reliable source of information.  After Murphy’s testimony, the media regularly repeated the Department’s mischaracterization when discussing the PMOI.

The U.S. government’s collusion with Iran was compounded by the Clinton Administration.  In 1997, President Clinton sought a rapprochement with Iran’s mullahs.  To curry their favor and demonstrate America’s willingness to improve relations, the U.S. designated the PMOI as a Foreign Terrorism Organization – another “goodwill” gesture.5  In its literature, the State Department reiterated the false claim that the Mojahedin followed a “philosophy that mixes Marxism and Islam.”6

Information to dispel the mislabeling of the PMOI as Marxist was repeatedly brought to the attention of the State Department, but to no avail.  Had the government accurately described the Mojahedin as a pro-democratic organization, offering a modern view of Islam that discredits the mullahs’ violent ideology, discussions with the regime would have been derailed and with it the possibility of a rapprochement.  So the charade continued.

In the years that followed, the U.S. repeatedly reached out to the mullahs for help.  And each time the response to gain their assistance was the same – attack the PMOI as a “goodwill” gesture, which the U.S. readily agreed to do.  And year after year, the State Department repeated the false description of the resistance organization as Marxist.  (Click here for more details.)

A former U.S. ambassador said people working at the State Department were aware of the inaccurate description but feared for their jobs if they challenged the falsehood.

1) “Developments in the Middle East,” Richard Murphy, Assistant Secretary of State for Near East and South Asia Affairs, U.S. House of Representatives Subcommittee on Europe and the Middle East, July 24, 1985. 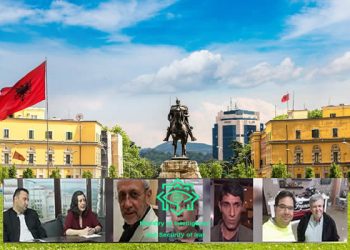 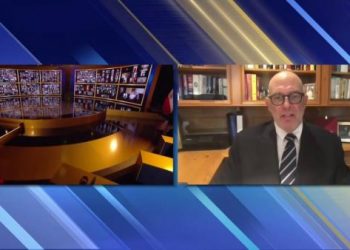 Iran Contradicts Its Public Disinformation About the MEK 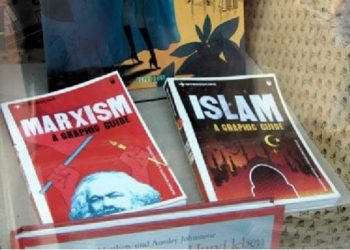 Iranian refugees, member of MEK, in Albania complain against Olsi Jazexhi and Gjergji Thanasi for participating in harassment of their families