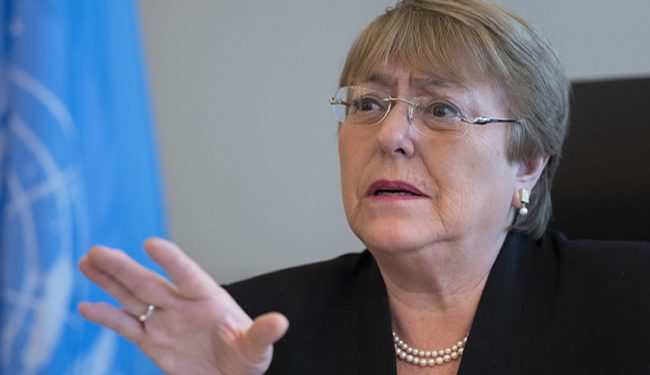 The High Commissioner for Human Rights this afternoon presented a report on the situation of human rights in the Islamic Republic of Iran.

Michelle Bachelet, United Nations High Commissioner for Human Rights, presenting the Secretary-General’s report on Iran, noted that the report covered the period from 1 June 2020 to 17 March 2021. Economically, the country was facing deteriorating living standards, high inflation, and widespread unemployment, fuelling discontent and protests. At the political level, the authorities had shown no willingness to adopt meaningful reforms. Sectoral sanctions had aggravated economic distress, and the COVID-19 pandemic had badly hurt the already strained health sector – they must be waived. However, the existence of sanctions did not remove the State’s responsibility to respond to the pandemic in line with human rights law.

“Protesters, human rights defenders, lawyers, journalists and civil society actors continue to be subjected to intimidation, arbitrary detention and criminal prosecution, including the death penalty,” she said. According to Bachelet, the report also confirmed mistreatment of prisoners, including widespread and extended use of solitary confinement as punishment and to prevent information reaching the outside world.

“We regret that the framework for the right to political participation is not in line with international standards,” Bachelet said. Iran’s controversial presidential and local elections held June 18 have highlighted allegations of human rights violations by President-elect Ebrahim Raisi (Raeesi).

Raisi, since 2019 Iran’s Chief Justice by Supreme Leader Ali Khamenei’s appointment, participated in a 1988 commission that ordered the execution of thousands of prisoners who were members of the Mujahideen-e Khalq group (MEK).

Amnesty International’s secretary general, Agnes Callamard called for Raisi to be investigated for “crimes against humanity” and said he had “clear record of violating human rights.”

Callamard said Raisi’s claim to defend human rights was strange as he had “personally” supervised the 1988 executions. She urged “the international community” to stand by those executed and said the UN Human Rights Council should establish “an independent mechanism” for effective investigation of Raisi and his role.

US government seizes dozens of US website domains connected to Iran