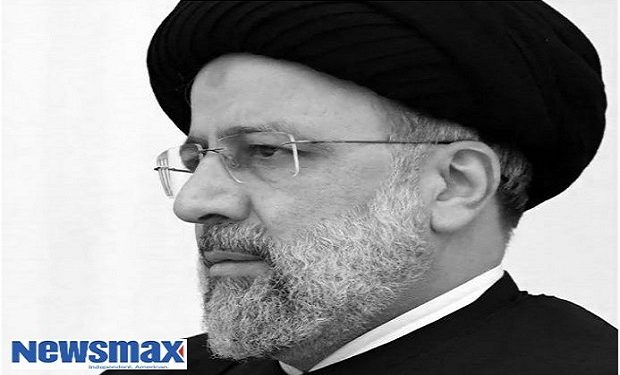 US Mum on Lawsuit That Awaits Iranian President

When Iranian President Ebrahim Raisi arrives in New York next month to attend the United Nations General Assembly, several fellow countrymen are planning to welcome him with a lawsuit charging his involvement in the murder of their family members — more than 30,000 of them.
The U.S. State Department, however, won’t say where it stands on the suit or even if it recognizes Raisi as a legitimate head of state.
“We have no comment on this civil case,” a State Department spokesperson told Newsmax on Thursday shortly after the survivors’ families unveiled the lawsuit with former U.S. Attorney General Michael Mukasey.
“Diplomatic immunity does not mean impunity,” Mukasey told a packed news conference in Washington D.C., as he was about to file a federal complaint against Raisi for his role in the 1988 execution of a “fatwa” — a death sentence — by the Ayatollah Khomeini against 30,000 political prisoners.
More than 90% of the prisoners were affiliated with the Mujahedin-e Khalq (MEK), the largest organization opposing the theocratic dictatorship in Tehran.
Mukasey, named a U.S. District judge by Ronald Reagan in 1986 before he became George W. Bush’s top lawman in 2006, was flanked by several family members of the victims of 1988.
The former attorney general voiced doubt that Raisi could even claim diplomatic immunity as a head of state because the constitution of Iran says the Supreme Ayatollah and not the president is head of state. He also quoted former President Barack Obama as saying of a past Iranian President Hassan Rouhani “[he] did not have authority.”
(Optional for Local News
“A state can no more have two heads than a person can have two heads,” Mukasey said.
The victims’ family specifically charged that as Iran’s deputy prosecutor in 1988, Raisi was a member of a death commission established by the theocratic regime and was thus responsible for thousands of MEK prisoners being hanged in Tehran and in the city of Karaj.
“But his crimes are not something of the past,” said Soona Samsami, of The National Council of Resistance in Iran. “As the judiciary chief, he personally oversaw the murder of at least 1,500 protesters crying for freedom during the November 2019 uprising.”
What action will be taken in court and how Raisi responds when he arrives in New York for the U.N.’s annual conclave is sure to be a telling and much-watched chapter in the turbulent relations between the U.S. and Iran since the 1979 revolution that brought the clerics to power.