On August 8, the Iranian regime’s President Ebrahim Raisi appointed Mohammed Mokhber as Vice-President, and Gholamhossein Esmaili as his Chief of Staff.

Mokhber is the former head of the Execution of Imam Khomeini’s Order, aka Setad, a multibillion-dollar conglomerate under the direct control of Iran’s Supreme Leader.

The Setad controls important economic sectors including energy, telecommunications, and financial services. As one of the main sources of Khamenei’s 95-billion-dollar wealth, Setad was sanctioned by the US Treasury Department.

Mokhber was also sanctioned in 2010 by the European Union.

As the head of Setad, Mokhber is notorious among Iranians for running Khamenei’s slush fund and using Iran’s wealth to fund the regime’s nuclear weapons program and terrorism.

Esmaili, the new Chief of Staff was the head of Iran’s Prisons Organization from 2009 to 2014. He is notorious for his role in the torture of prisoners.

Before that, he was Mashhad’s Public and Revolutionary Prosecutor and worked in the judicial system which runs on executions and torture.

Esmaili was sanctioned in April 2011 by the European Union for his human rights violations.

Iran: 10 Prisoners Hanged In Two Days, 37 Executions In The Past 18 Days 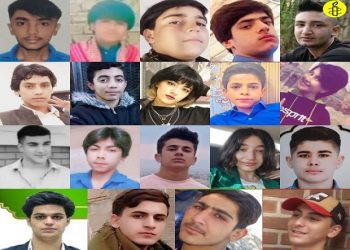