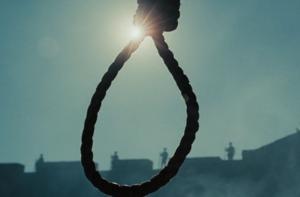 When after 13 years I was finally released from Tehran’s notorious Evin Prison back in 1998, I never thought I would enter a world engulfed with more devilry than prison. When I was arrested at the age of 18 for the ‘crime’ of distributing a few leaflets against the Iran-Iraq War, I never imagined I would remain in prison for so long. Afterwards I thought all the pain and sufferings of prison would finally come to an end. However, only a few days after being ‘released’ the regime’s Ministry of Intelligence (MOIS) summoned me and issued some serious warnings.

The mutinous years of 2002-2003 reached very quickly and I was still very much thinking about making the decision of my lifetime. If I listened to my family and continue with my ordinary life, how would I look into the eyes of grieving mothers who lost their loved ones in the summer 1988 massacre in Iran’s prisons when over 30,000 political prisoners were hanged and executed in a matter of just a few months? How would I look into the eyes of orphaned children whose fathers were hanged by fundamentalists who felt free to carry out any act in the name of Islam? And …

After 2003, as the path to Karbala in Iraq was opened to all Iranians, Camp Ashraf also became a sanctuary for hundreds of families and their friends…

In March 2006 after going to Ashraf and visiting my brother, along with a large number of my family members I was arrested on my return to Iran and yet again placed under excruciating physical and psychological pressures. A few years after my release, returning to the same prison where I had spent 13 years of my life, was a new experience of the regime’s henchmen trying to break my will. In the notorious ward 209 of Evin Prison they use any and all means to destroy in you what is called humanity. From the adjacent wards one can hear the screams of women and children, knowing that your wife and child are amongst those held there.
I have to admit that the interrogators and torturers placed all their efforts to use our families to make us succumb to their demands. They shamelessly attempted to use the weeping of a man’s wife and child, and accuse him of not having any emotions for them.
Five months later I was released on bail (800 million rials = around $27,000) and this was a good opportunity to flee that hellhole once and for all, and come to Ashraf. Not only for me, but Ashraf was the only beacon for a large part of Iran’s society at the end of a long tunnel of fear.
However, the Iranian regime never gives up and it continued its measures against us. The MOIS began a series of relentless arrests to cement a climate of fear amongst my family members. As we exited Iran the regime’s intelligence first summoned nearly all my family members, and then launched judicial files for each and every one of them. Their goal was to prevent anyone from ever thinking of going to Ashraf again.
The 2009 uprising was yet another good opportunity for the regime to arrest more of my family members. In the city of Semnan they arrested my sister, Khadije, along with her husband, Seyed Zohur Nabavi.
A few days later they raided the home of my cousin, Tayebe Nabavi, arrested her and left her three children alone in their home.
MOIS agents also arrested my niece, Atefe Nabavi, a blogger and student activist, along with her husband, Alireza Nabavi. She spent 5 years in jail.
This crackdown didn’t stop there and literally all of my family members received threats of being arrested. My cousin, Fateme Nabavi, who came to see us in Ashraf in 2008, was arrested after returning to Iran and held under interrogation and torture for years.
In Tehran, my ex-wife was arrested in an abduction operation and her family had no news of her whereabouts for a long time.
In the city of Ghaem-Shahr (northern Iran) the MOIS arrested Seyed Ziaedin Nabavi, a very bright college student, along with all his family members. They convicted him to 15 years behind bars for having relatives in Ashraf. He remains in the notorious Karoon Prison of Ahvaz under very harsh conditions.
The regime in the city of Qom also arrested many of our relatives and their families there. This included Abbas and Ali Nabavi who were in prison for a long time; Jalal Nabavi who remains behind bars and …

Describing all the arrests and harassment against my family during the 10 years that I have joined the People’s Mojahedin Organization of Iran is literally impossible, just as describing the tremendous pains and sufferings of all of Iran’s mothers and sisters during the past 35 years is beyond words. Mothers who have at times traveled 800 kilometres to just visit their loved one’s graves, just to see broken tombstones or a huge pile of trash piled on the grave by the MOIS agents.

The truth is that we are the targets of a filthy war with fundamentalism that after 37 years in power will resort to anything and everything, respecting no principles and limited by no borders, to maintain its rule. Family relations are just another tool in its tool box used to make one surrender and succumb to their demands.
However, there is something that they are terrified of: our resistance. They ridicule everything and buyout anyone with their money. However, 35 years later, they have not been able to force us to surrender.
This in itself is proof of our victory. Period.