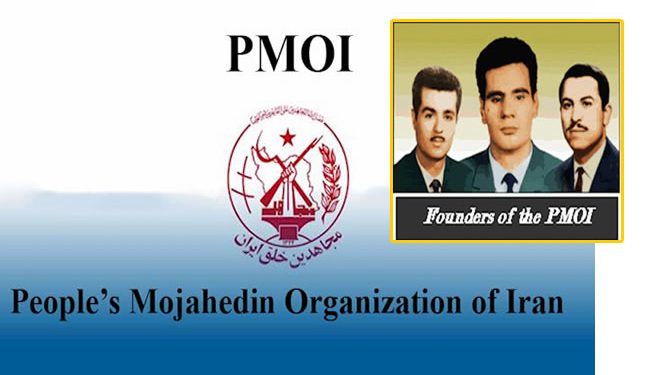 Who are the MEK, PMOI, Mujahedin-e Khalq?

The People’s Mojahedin Organization of Iran

Mohammad Hanifnejad, Said Mohsen, and Ali-Ashgar Badizadgan founded the People’s Mojahedin Organization of Iran (PMOI) or (Often referred to as Mujahedin-e Khalq, MEK Iran) on September 6, 1965. All engineers, they had earlier been members of the Liberation Movement (also known as the Freedom Movement), created by Medhi Bazargan in May 1961.1

Some years later, the three young engineers came together to develop a new pathway to bring democracy and freedom to Iran. Replicating the actions of the Liberation Movement would lead only to the same disastrous end. Thus, a new strategy was necessary.

They formed a discussion group with trusted friends who were mostly professionals living in Tehran. Twice a week they came together to discuss religion, history, philosophy, and revolutionary theory.

The PMOI (MEK)’s quest culminated in a true interpretation of Islam, which they demonstrated is inherently tolerant and democratic, and fully compatible with the values of modern-day civilization. It took six years for the organization to formulate its progressive view of Islam and develop a strategy to replace Iran’s dictatorial monarchy with a democratic government.

Fundamentalist mullahs in Iran believe interpreting Islam is their exclusive domain. The MEK (PMOI) reject this view and the cleric’s reactionary vision of Islam. The MEK Iran’s comprehensive interpretation of Islam proved to be more persuasive, appealing, and successful than any attempt in the past.

While the MEK (PMOI) is a political organization, its orientation, operation, and support derives from its interpretation of Islam, conceived in its formative years. The MEK (PMOI) believes Islam is an inherently tolerant and democratic religion and is fully compatible with the values of modern-day civilization.

For the MEK Iran, freedom, gender, ethnic and religious equality, human rights, and peace are not merely political commitments, but ideological principles based on its view of the Quran and the traditions and teachings of Prophet Muhammad, Shiite Imams, and other leaders.

The MEK (PMOI)’s political platform and interpretation of Islam are the same. The combination makes the PMOI (MEK Iran) politically unique and is a major reason the organization continues today to garner broad public support.

The Shah feared the MEK (PMOI) because of its popularity and support for democracy and human rights. The same is true for Iran’s mullahs. The Mojahedin’s interpretation of Islam directly discredits the clerics’ ideology, which is intolerant, extremist, genocidal, non-democratic, and misogynist.

In 1982, Mr. Massoud Rajavi, the leader of MEK (PMOI) discussed the MEK (PMOI) and Islam in a speech as following:

“The Islam we want is nationalistic, democratic, progressive, and not opposed to science or civilization. We believe there is no contradiction between modern science and true Islam, and we believe that in Islam there must be no compulsion or dictatorship.”1

Below are additional details of the MEK (PMOI)’s interpretation of Islam.

Mr. Rajavi described the mullah’s interpretation of the Quran as mechanical and deterministic.2 In contrast, the PMOI (MEK Iran) believes that genuine Islam is so dynamic that it never impedes social progress. It does not oppose science, technology, and civilization, but cherishes and promotes them.

During Prophet Muhammad’s twenty-three-year mission, Quranic verses were sometimes declared mansoukh (outdated). Some verses on social and economic matters changed in the early years of the Prophet’s rule, consistent with changes in society and advancements in culture and social relationships. In the latter years of Prophet Muhammad’s life, new verses that were more advanced in dealing with such issues were revealed to him.

This explains why only 600 verses in the Quran, less than 10 percent, deal with edicts. The limited number of edicts shows the purpose of the Quran was not to legislate for society and mankind instead of human beings themselves. The Quran removed obstacles to social evolution. As the Quran states, it came to remove the chains and shackles from human beings already subjugated by oppressive rulers and regimes.3 In doing so, humans could formulate their way of life consistent with their specific historical juncture, and in complete freedom and consciousness.

Islam is an ideology with a comprehensive view on existence, society, and history, rather than a collection of edicts and rules of conduct on social, political, and economic matters.

Fundamentalists interpret the edicts, precepts, and temporal rules as unchangeable dogma. The PMOI believes neither the Quran nor Islam supports the claim that they are unalterable and must always be implemented. Rather the Quran emphasizes that social and economic edicts must be formulated in each era to prevent decadent, anti-counter-revolutionary forces from halting the advancement of human society.

In the view of the MEK (PMOI), the rigid and reactionary interpretation of Islam, exemplified by Khomeini (Founder of “Islamic Republic of Iran”, former regime’s Supreme Leader, and fundamentalist clerics, is un-Islamic and contrary to the spirit of Islam.

The PMOI (MEK Iran) views democracy as indispensable to Islam. “Islam blossoms only in the spirit of freedom and truthfulness,” the MEK (PMOI) maintains, “and therefore cannot trample upon the legitimate rights of the people.”4

The Quran says that the most important attribute that distinguishes humans from animals is their free will and individual responsibility. It is on this basis that humans are held accountable for their actions.5 Having free will and the right to choose is manifested in democracy and a government by the people.

God’s will, as far as societies are concerned, is historically realized through democratic governance. The Quran and the traditions of Prophet Muhammad and leaders such as Ali ibn Abi Taleb, the first Shiite Imam, underscore the necessity to hand over power to the people. Their teachings emphasize the need for progress, social and economic justice, and respect for human rights. References to these values are abundant in Islamic teachings, dating back fourteen centuries.

Fundamentalist mullahs, in contrast, reject the concepts of free will and individual choice, and thus democracy. In their view, it is incompatible with Islam. But spreading the word of God and Islam would be meaningless without freedom and respect for an individual’s free will and right to choose.

The MEK (PMOI) believes the sole criterion for political legitimacy is the ballot-box. It is the electorate, expressing itself in a free and fair election that gives a party, group, coalition, or individual the mandate to govern.

Fundamentalist mullahs believe in the concept of velayat-e faqih, which invests law, power, and legitimacy to a Supreme Leader. Such a clerical system is totalitarian because it cannot recognize the freedom and the right of political activity for anyone other than those who support an Islamic state.

Iranian women are the major victims of the religious dictatorship and dogma of the mullahs. The clerical regime relegates women to second-class citizens. It denies them the right to leadership, the presidency, and judgeships.

Fundamentalist mullahs believe husbands should be able to divorce their wives anytime they so choose, and, after divorce, the father should take custody of the child. They believe the father has the right to wed his daughter to anyone he chooses and, once she becomes an adult, she has no right to protest.

The PMOI (MEK Iran) supports gender equality in all aspects, from choosing a spouse and marriage to inheritance, testimony, custody, employment, and election to the highest positions in government. It is because of Ms. Maryam Rajavi‘s advocacy that the issue of gender equality has become a main platform for the MEK (PMOI).

Mr. Rajavi discussed in 1980 the importance of freedom:

“Freedom is a divine blessing…Anyone trying to restrict human freedom has neither understood Islam nor mankind and the [anti-monarchist] revolution. Freedom is indispensable to the survival of mankind as human beings. Otherwise, human beings would be no different from animals and could not be held responsible for anything.”6

1) “Mujahidin’s Masud Rajavi: ‘We are the only real threat to Khomeini,” MERIP Reports, March-April 1982.”

4) “Enemies of the Ayatollahs,” by Mohammad Mohaddessin, Zed Books, London, 2004.