The Iranian regime refused to buy credible COVID-19 vaccines because its Supreme Leader, Khamenei, banned them in January when world leaders were struggling to procure vaccines to safeguard their citizens against the deadly virus and normalize lives.

An Iranian MP said yesterday that the regime refused to buy foreign vaccines because they were working on home-grown vaccines. This is while their COVIran Barekat vaccine, one of 10 the regime is supposedly making, is still undergoing phase III trials. However, the vaccine has been approved for emergency use and the regime has administered 1 million doses among Iranians. Iranians’ reports on social media platforms show that the vaccine has practically no efficacy against the delta variant, which has infected and killed thousands in the worst-hit middle eastern country.

Before this, on August 12, the head of Tehran’s Coronavirus Combat Headquarters, Dr. Alireza Zali, told reporters that the regime prevented vaccine imports because they thought it was too expensive. However, the regime spent millions on making Iran-made vaccines, far more than the price of Pfizer or Moderna vaccines. As an excuse for their delay in vaccination, one regime official even boasted on state-run media that they built vaccine facilities from the ground up to produce vaccines when they could have procured foreign vaccines and save lives.

Another important reason the regime refused to procure foreign vaccines was that spreading the virus among Iranians was an effective way of keeping the country in a state of crisis and far from normal, thereby controlling the population and preventing protests, the likes of which broke out across Iran in November 2019.

But now, almost everyone in Iran who has lost at least one loved one to the virus blames the regime’s Supreme Leader for banning vaccines when they needed them the most. And Iranians are angry. They publicly curse the Supreme Leader, wishing him dead and telling him to “go to hell” in social media videos without caring for the repercussions.

Officials, including Khamenei, have now realized that things are getting out of hand. They are now trying to whitewash Khamenei’s infamous televised speech on January 8 and are blaming the regime’s gross negligence on anything and anyone but the Supreme Leader.

Ahvaz, SW #Iran
Iran's cemeteries are full of families mourning the loss of their loved ones to #COVID19.
"God damn the person who banned vaccines," a sobbing man says.
The regime's Supreme Leader Khamanei banned credible vaccines in Jan. pic.twitter.com/k3zOWr7hP5

A distressed young woman who lost her husband to #COVID19 says she will take revenge on officials who are directly responsible for the thousands of deaths.
"They took my loved one from me because they banned vaccines. He was all I had! Burn in hell Khamanei!" she sobs. pic.twitter.com/wIMXn5EATU

On August 17, the Head of Iran’s Food and Drug Administration (FDA), Mohammad-Reza Shanehsaz, said a permit had been issued to import Pfizer and Moderna vaccines made outside the United States. The very vaccines Khamenei banned eight months ago because they were “untrustworthy”. But after more than 360,000 preventable deaths, the anger of a population who have lost their loved ones is growing and Khamenei’s plans will backfire.

The current COVID-19 crisis in Iran will not last forever and as a young man who lost his mother to the virus said in a video, “our time will come”.

Man says he lost his mother to #COVID19.
He says Khamenei is intentionally killing #Iranians by banning vaccines.
"God damn you! Our time will come. If we don't die by then, our time will come." pic.twitter.com/FZ08Sd4NkR 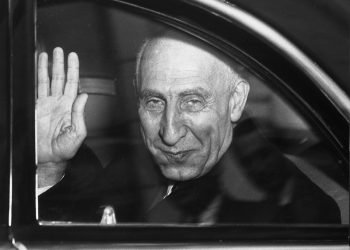